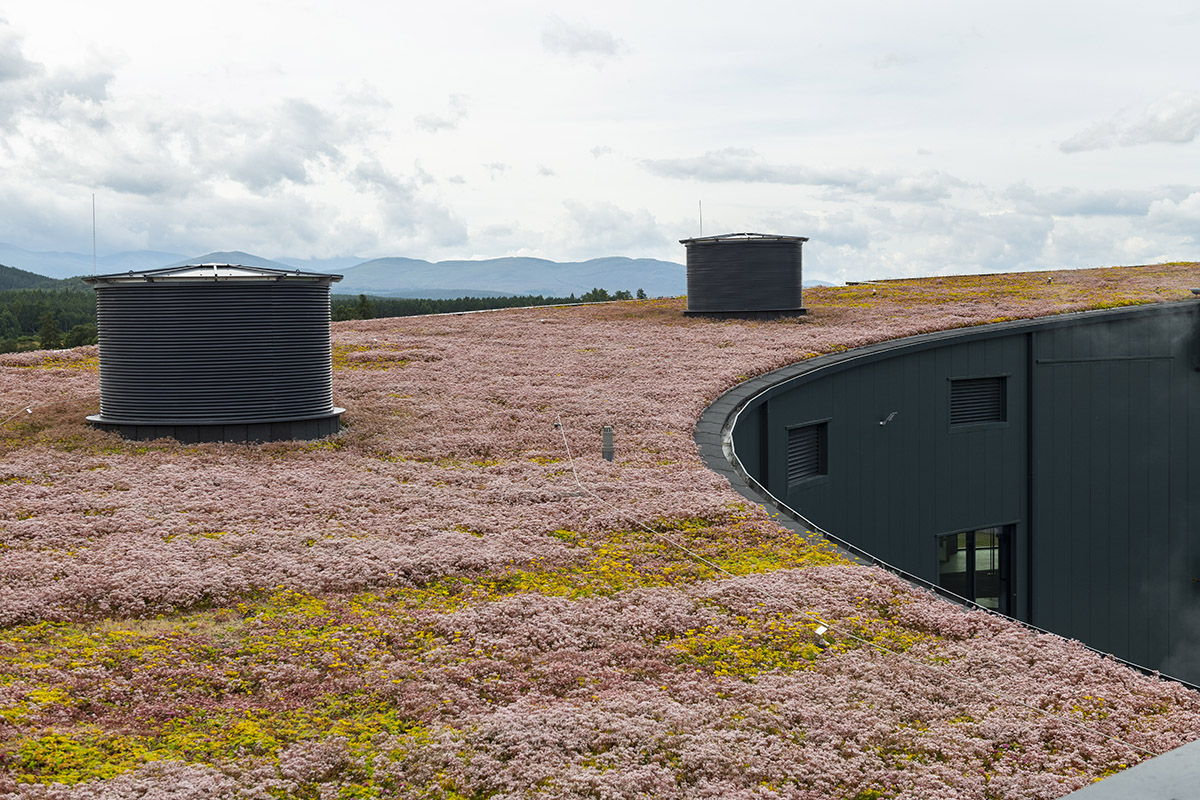 The ‘green’ sedum roof at The Cairn Distillery near Grantown on Spey has reportedly become a haven for bees since being installed in April.

The roof is carpeted with wildflowers and attracted thousands of bees, according to the Ecological Clerk of Works on the site.

Ecologist Peter Cosgrove carries out weekly monitoring to ensure wildlife and habitats are being protected and enhanced. On one recent visit he had the opportunity to inspect the roof and highlighted the progress that has been made.

“The roof has clearly thrived, is growing profusely and now flowering,” he revealed. “From my professional point of view, it’s been a complete success, with no bare patches apparent.

“There is an abundance of colour and smell from the plants, and I’d estimate there were at least 10 to 15 bees for every square metre. There was a noticeable hum from the thousands of bees present on the roof.”

The 900 square metre sedum roof is one of the largest green roofs ever installed in Cairngorms National Park. It was incorporated into the design to allow the building to blend into its local environment.

Gordon & MacPhail, owner of the new distillery, was determined to ensure it reflected its surroundings. MD Ewen Mackintosh explained, “We knew this was a truly special site, sitting on the banks of the River Spey and looking towards the Cairngorms. We’ve taken special care to protect and enhance the local environment during construction and it’s wonderful to hear our green roof is already proving to be such an attraction for bees.”

The green roof uses sedum, a plant described as being easy to maintain and requiring little water and few nutrients. It is said to be ‘ideal’ for green roofs as it is very resilient and can survive in the harshest of weather.

Following installation, the plants have been monitored and watered once or twice a week and more often in the recent dry weather, while it gets established.

The sedum roof was installed by Inverness-based contractor Wyvis Roofing.

The Cairn Distillery, which includes a visitor experience, tasting rooms, The Gathering restaurant and retail space, is due to open later in the year.