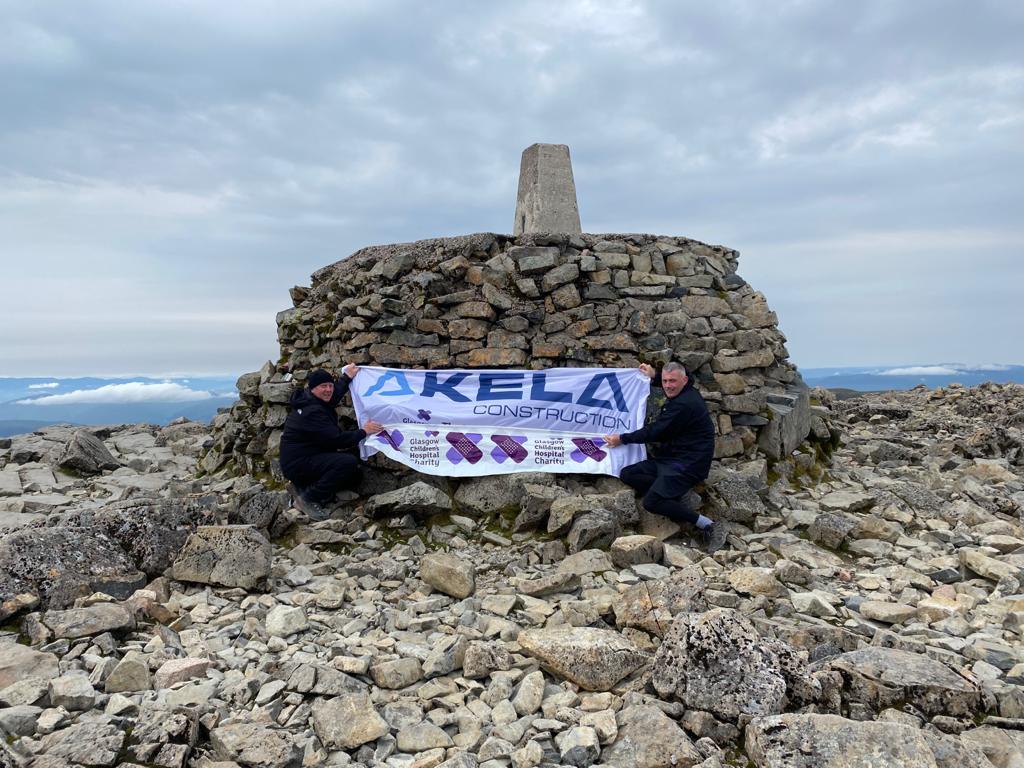 Paul Jolly and David Dick took on the challenge, which involves climbing the highest mountains of Scotland, England and Wales – Ben Nevis, Scafell Pike and Snowdon – within 24 hours.

Akela employees have already raised more than £25,000 for charitable causes since the company was established in 2003. In this instance, the Akela Group matched the fundraising efforts, increasing the initial £5,000 to £10,000.

Mark Markey, Akela Group MD, said, “We have a long established commitment to charity fundraising as a group and are extremely proud of Paul and David who have raised money for Glasgow Children’s Hospital Charity with their completion of the Three Peaks Challenge. We are delighted to be able to support our colleagues with their tremendous fundraising efforts by matching what they have raised and adding a further £5,000 towards the donation for this very worthwhile cause. This will help to ensure that the children treated at Scotland’s largest children’s hospital receive the extra special care they deserve.”

Construction director Paul Jolly added, “The Three Peaks Challenge was tough, but the good weather made a difference. We completed each peak in roughly five hours, 2.5 hours ascending and descending. In preparation for the challenge, we climbed various Munros along the West of Scotland – from Loch Lomond to Fort William.

“We are really happy with how much we have managed to raise for Glasgow Children’s Hospital Charity, and we would like to thank all of our colleagues, family and friends who contributed and Akela for generously matching our initial donation. We’re looking forward to our next challenge.”

Kirsten Watson, chief executive, Glasgow Children’s Hospital Charity, said, “We would like to share our thanks with Akela Group for their incredible fundraising efforts in support of our young patients, their families and the NHS staff caring for them. It is thanks to the generosity of our supporters that, 20 years on, we are still here for children and families when the lights go down at the end of another difficult day in hospital. Our charity-funded projects and support services such as the play programme, bereavement support and emergency family support depend entirely on donations and fundraising. We are hugely grateful to the Akela Group for continuing to stand by our hospital community.”