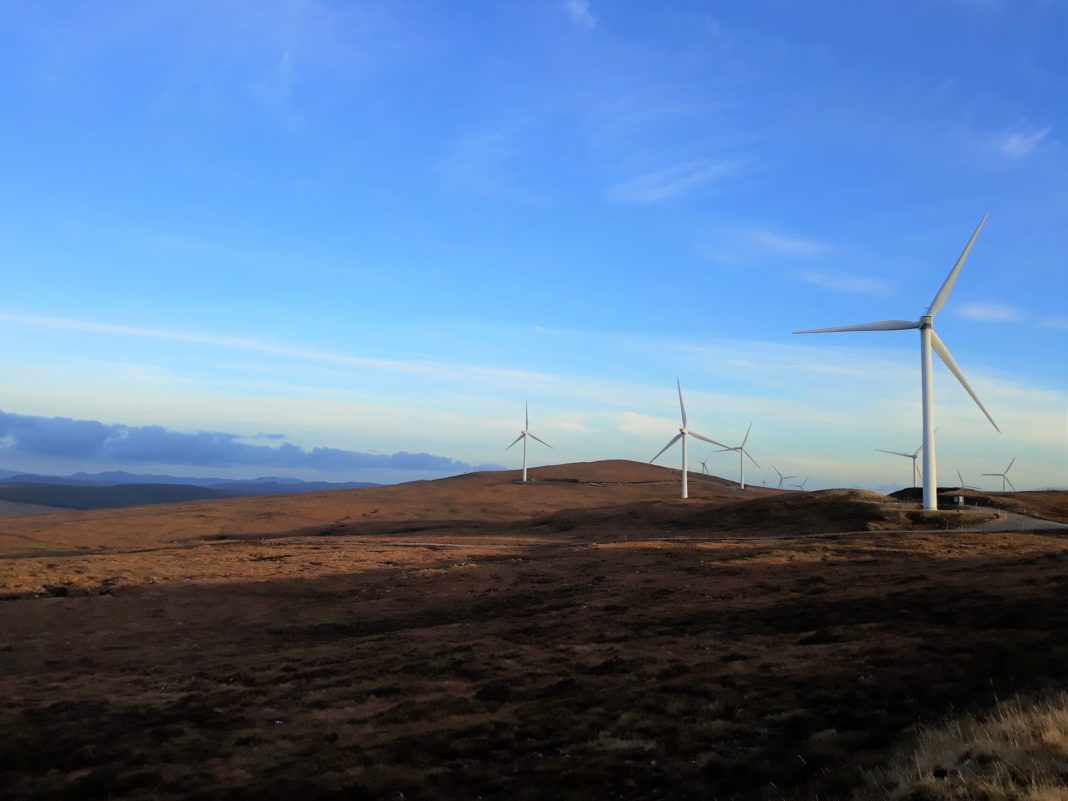 SSE Renewables has submitted plans to the Scottish Government for an extension to its Achany Wind Farm in the Highlands.

The proposals would see up to 20 turbines being added to the existing 19, meaning that it would go from generating 38 megawatts of renewable energy to 118 megawatts.

The extension would constructed on land adjacent to the operational wind farm, approximately 4.5 kilometres north of the village of Rosehall and 11 kilometres north-west of Lairg.

The reuse of existing site infrastructure has been ‘carefully’ incorporated into the design, allowing access to the extension through the existing site. The Achany Wind Farm access tracks, passing places, borrow pit, operational building and storage infrastructure would be reused, minimising the extent of additional site requirements.

Achany Extension (formerly called Glencassley) has not only been redesigned but relocated a further 2km from previous proposals and is now closer to the existing wind farm, which SSE said also brings operational benefits in managing and maintaining the sites. The project also benefits from an existing 65 megawatt grid connection to the distribution network and a transmission connection offer is under evaluation to potentially increase this to 105MW.

A recent report into the impact of SSE Renewables’ onshore wind projects in Sutherland, from development to the end of the typical 25 years of operational life, found that they will contribute more than £131 million to the Highland economy. The existing Achany wind farm has distributed over £1 million in community funding since becoming operational in 2010. This funding has supported projects such as establishing a local apprenticeship scheme and releasing £52,000 immediately to enable Bonar Bridge’s Bradbury Centre provide support to local communities during the Coronavirus pandemic.

The proposed extension would also include a community fund, which would be granted locally and across The Highland Council area through the already established SSE Renewables’ community investment programme.

Gillian Wilson, SSE Renewables project manager for Achany Extension, said,“We believe this proposal for Achany Extension Wind Farm will make a significant contribution in the movement towards green energy in Scotland. The operational wind farm at Achany has been a considerable success, delivering 38MW of renewable energy towards the Scottish and UK Governments’ net-zero emissions targets and contributing hundreds of thousands of pounds to local organisations through our community investment fund. Achany Extension is an opportunity to build on that success. The proposal will also create local jobs and opportunities for local businesses to win contracts directly with us or with our supply chain.”