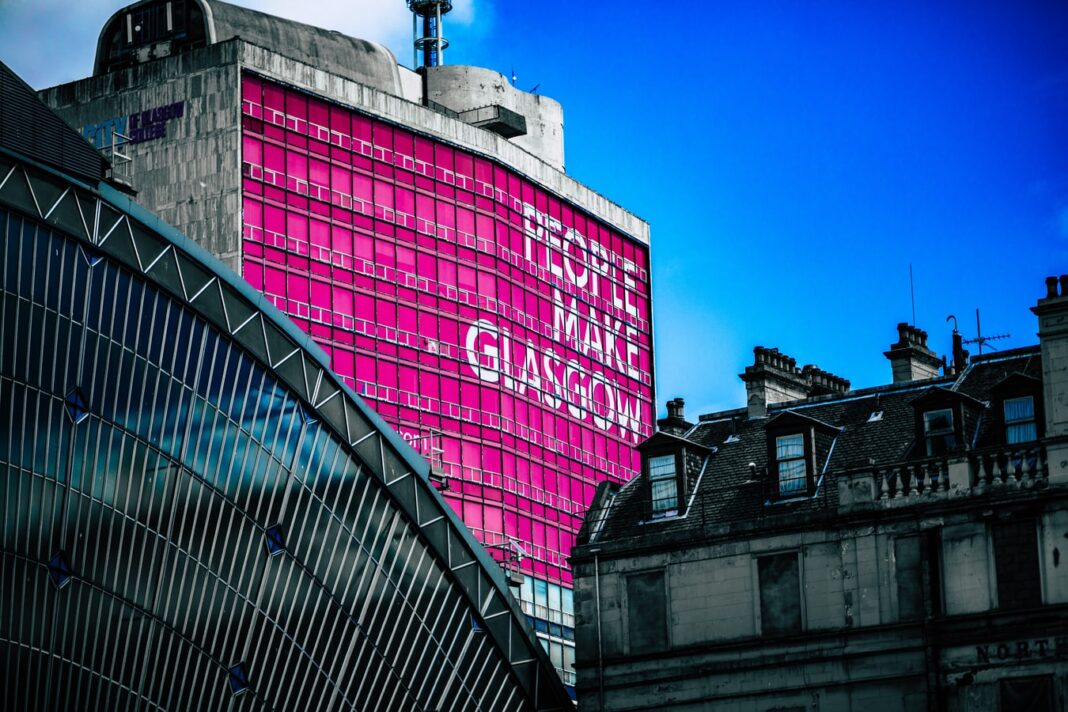 PLANS have been rejected to alter Glasgow’s iconic ‘People Make Glasgow’ sign as part of a £100 million redevelopment of the city’s Met Tower.

Osborne + Co received planning permission from Glasgow City Council last year for the creation of Grade-A office space and a hotel at the North Hannover Street building which currently displays the slogan.

During the construction phase, the developers had proposed that the sign – which can be viewed from various parts of the city – be replaced with an illuminated version of the slogan while also allowing for advertising space.

However, Glasgow City Council has rejected the proposal. A statement by the local authority in response to the plans read, “By virtue of its timing, size, design, illumination and method of attachment to the building, the proposed display would result in an over dominant and highly obtrusive element on the elevation of the Category ‘B’ listed building and would neither preserve nor enhance the character of the listed building or the Central Conservation Area.”

It continued, “The proposal failed to comply with policy CDP1 the placemaking principle as the proposed display would not be displayed while construction work requiring scaffolding is actively on- going; would be displayed for a period longer than a year; there is no building warrant approved for the redevelopment of the building nor has any contract been let for the works to proceed; and the advertising display would cover more than 15% of the elevation.”