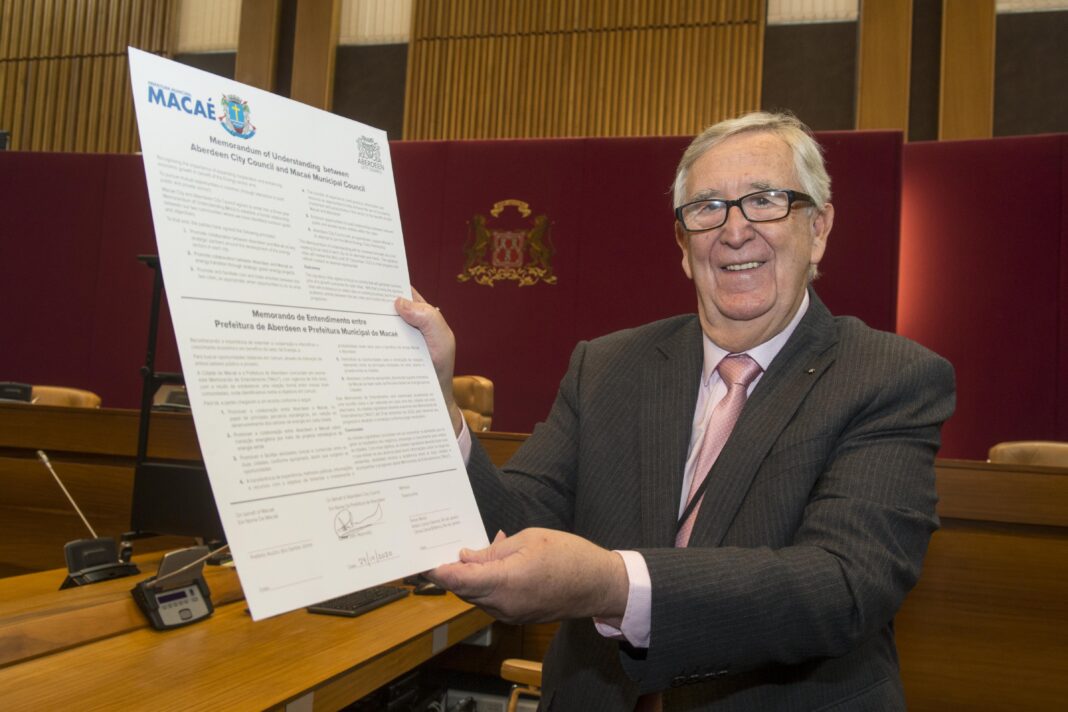 A memorandum of understanding (MoU) has been signed between Aberdeen and the Brazilian city of Macaé.

The three year partnership will see the governments of both cities collaborate as key strategic partners in developing each city’s energy sectors – including the in the transition to renewables.

Macaé is the centre of the offshore oil industry in Brazil and, like with Aberdeen, is considered an oil capital being referred to as ‘Cidade do Petróleo’ (City of Petroleum).

The MoU was signed on behalf of Aberdeen City Council by councillor John Reynolds, the local authority’s economic development spokesperson, in a ceremony at Aberdeen Town House. In Brazil, a similar ceremony took place with mayor, Aluizio dos Santos Junior, signing on behalf of Macaé.

Mr Reynolds said, “I am delighted to sign this important memorandum of understanding with Macaé on behalf of the city of Aberdeen.

“This a strategic partnership that further enhances our city’s reputation as a global energy hub and attract further investment, productivity and innovation, particularly around renewable energies where we are recognised as a pioneering region.

“Aberdeen also currently holds the presidency of the world energies cities partnership through the lord provost and so we will also be supporting Macaé through the rigorous process of joining the Partnership as well as generating business, jobs and growth for both our cities”.