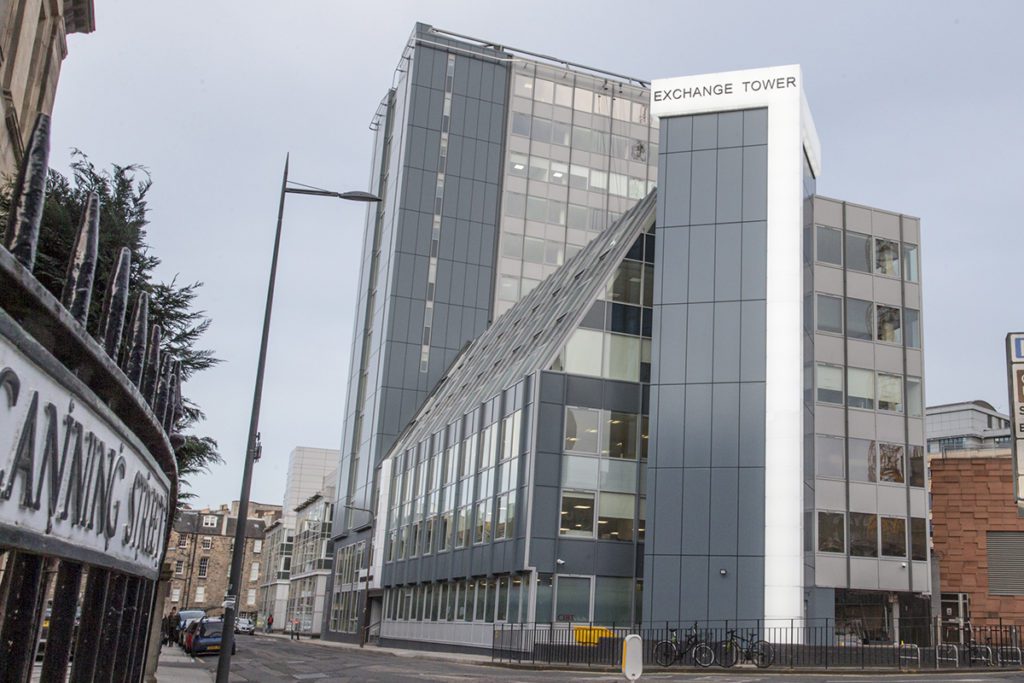 Graham Sim, MD of Specialized Signs, tells Fraser Rummens about a recently completed installation in Edinburgh that posed a number of challenges

A city centre office block in Scotland’s capital is being shown in a whole new light, after Specialized Signs completed work on a complex project that required a ‘totally bespoke’ solution.

The Edinburgh-headquartered firm, which celebrates a decade in business this year, offers a range of services for all aspects of signage including design, manufacture, installation and maintenance. The business has been involved in a number of prestigious projects over the years, including the installation of cold cathode signage at Glasgow’s SSE Hydro arena.

However, when the company was approached about an illuminated signage installation at Exchange Tower in Edinburgh two-and-a-half years ago, the team went to work on what would be one of its most labour-intensive projects to date.

“I’ve never seen anything like it in my life before, or made anything else like it,” Graham Sim, managing director of Specialized Signs told Project Scotland. The company was tasked with installing two sections of three-dimensional illuminated cubes; one located at the front of the building’s reception area, the other scaling the building’s staircase elevation and wrapping around the top, some 80ft high.

After constructing a small sample for the client, Specialized Signs went to work on three life-size prototype cubes, which would eventually be used on the job proper.

“Before we even got to that, there were hundreds of hours design time spent making sure every fixing, fitting, hole, everything lined up and was 100% spot-on because it was so bespoke,” Graham explained.

“The cubes are about 4ft x 4ft at the reception area but then they stick out almost 2ft. At the staircase area, the majority of the cubes are L-shaped, so they wrap around the corner. They’re about 4ft x 5ft on one face; the other face is about 3.5ft x 5ft, but they protrude out from the building just over 1ft. 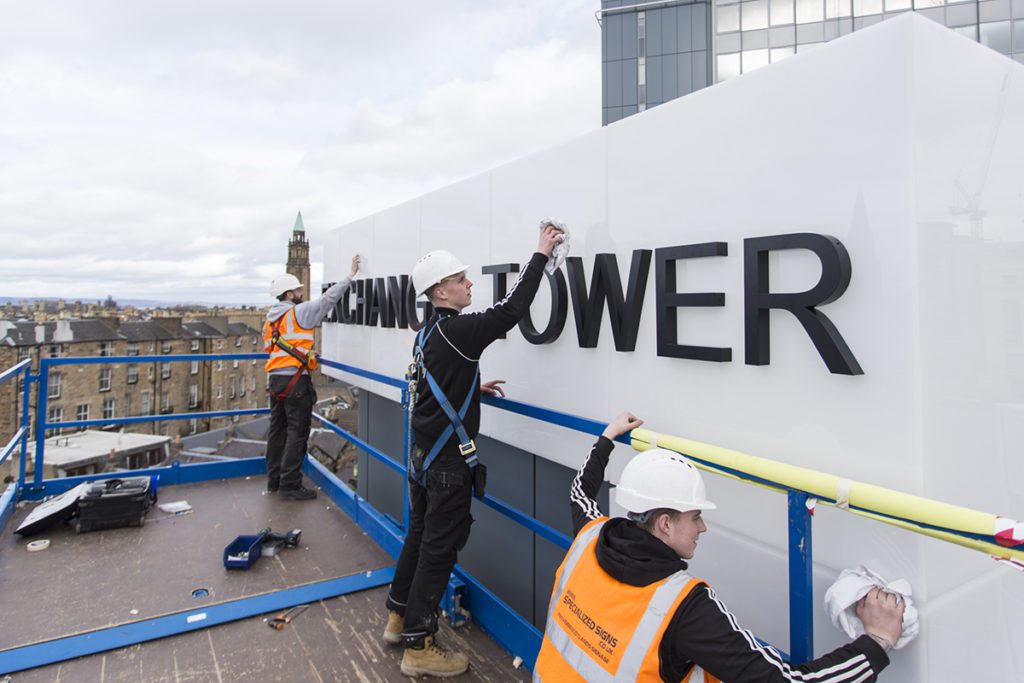 The cubes were installed on the staircase elevation by a team of six, using both a scissor lift and a cherry picker, because the cubes wrapped around the corner of the building.

The fact the cubes were cornered presented an unexpected challenge to Specialized Signs when it came to illumination, something Graham admits he thought “would not be an issue at all”. He explained that the team spent two days trying different versions of the LED layout at the reception area, while the staircase elevation proved even more difficult.

Graham said, “Because they were corner cubes, lighting up right into the corner proved an absolute nightmare and for three days we were trying different variations of the LED layout and could not get them to illuminate perfectly. We then ended up having to add in an extra aluminium plate to act as a divider to separate the two areas, so basically it turned the inside of the box into a left-hand side and a right hand-side instead of one piece, and by adding this divider in we managed to get the illumination perfect.”

As if the project was not already complex enough, Specialized Signs had its installation schedule cut from twelve to three weeks at short notice. However, the team “pulled out all the stops” to meet the client’s needs, Graham added. Reflecting on the project’s challenges, he said, “The design detail that has to go into something like this, compared to what goes into a normal sign – it’s totally bespoke.

“Everybody is over the moon with it, and so are we. This job has gone perfectly. The manufacture was very time consuming, but it’s been an amazing project to be involved in and it’s one I’m very proud of.”