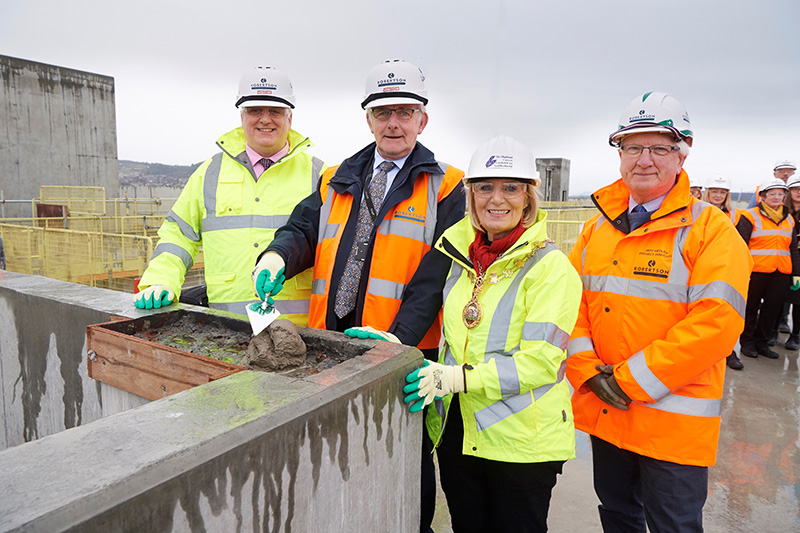 A topping out ceremony has been held to mark a crucial milestone in the construction of the landmark Justice Centre in Inverness.

Scotland’s first purpose-built justice centre is currently being delivered by Robertson in partnership with Wilmott Dixon. The project is due for completion in late 2019.

With structural work on the building now complete, Frank Reid, MD of Robertson Northern said, “This is a significant milestone for the Inverness Justice Centre, one that the extended team at Robertson have been tirelessly working towards since the project started in March. The project is intricate in its design and architectural elements and the team has been meticulous in every aspect of their work. We are thrilled the project is progressing so well and look forward to delivering the completed Justice Centre next year.”

Eric McQueen, SCTS (Scottish Courts and Tribunals Service) chief executive added, “This is an important milestone towards the delivery of the new Justice Centre and a chance to mark and celebrate our progress. We can already see the impact this imposing building will have on the city and its completion will pave the way for redevelopment of the current court building into a major tourism opportunity for Inverness. As well as the building, there is a strong emerging partnership approach to delivering the integrated justice services around which the centre is designed.”