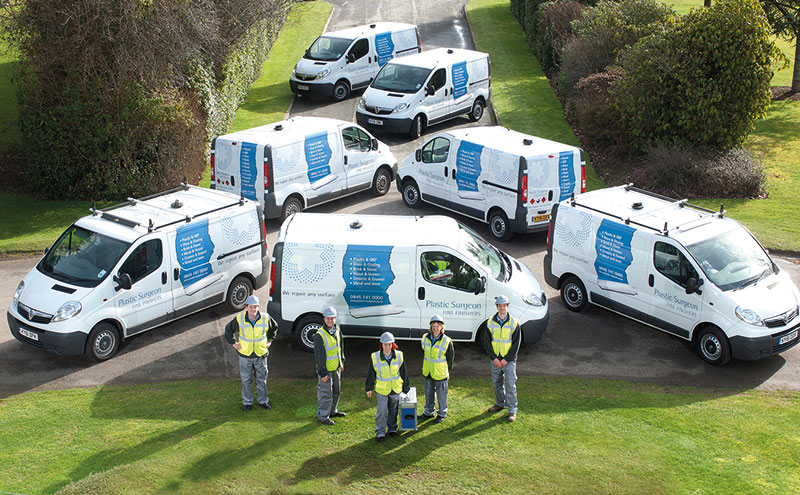 AN increased emphasis on sustainability in the construction sector in recent years has made repairing, rather than replacing, damaged materials an attractive option for companies. Claiming to offer up an environmentally friendly, cost effective solution is UK-wide fine finishing firm Plastic Surgeon.

Originally founded in 1985 to provide support to the automotive industry, Plastic Surgeon has evolved in the years since to offer on-site engineered repairs for a vast range of hard surfaces.

The Devon-headquartered company has expanded into construction, housebuilding and manufacturing along with other sectors including cruise and ferry, retail, homeowner and facilities management. It provides repairs on everything from plastic, woods, veneers and ceramics to glass, stone, marble, brick, aluminium and other metals.

While Plastic Surgeon has serviced Scotland since its inception in the eighties, the company re-launched its dedicated division north of the border last November at the Scotland Build exhibition. One year on, its Scottish team of fine finishers have completed over 10,000 repairs across the country, saving 639 tonnes of waste in the process. 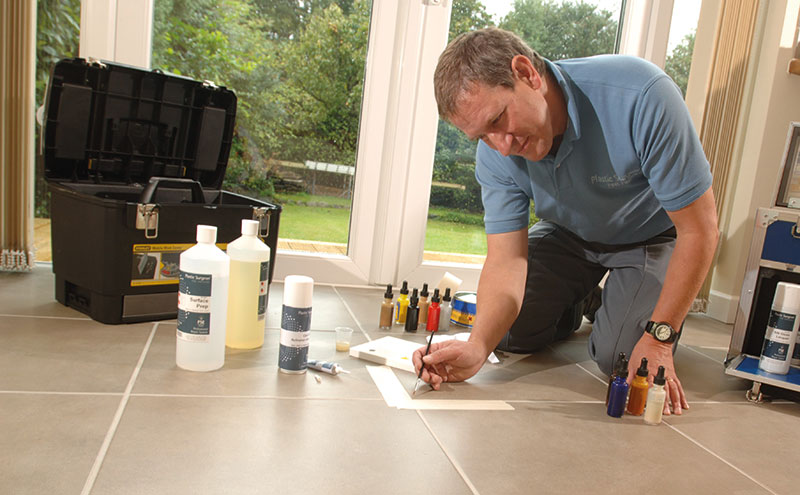 Sandra Geddes, sales manager for Scotland told Project Scotland, “Sustainability is a huge topic for a lot of companies and a lot of individuals so repair is definitely a consideration now.”

She went on to say that things had gone “fantastically well” for the firm in the year since the re-launch, describing the Scottish market as “extremely buoyant”.

“There are some real significant projects going on in Scotland. The Dumfries area being one of them, Glasgow, you just look around and you can see in the skyline, all the cranes – there’s so much going on. Edinburgh equally is buoyant and Dundee, particularly along the waterfront. There’s a lot going on in Scotland and it’s all really exciting.”

The company has worked with construction companies such as McLaughlin & Harvey, Robertson Construction, Kier and Carillion. It is currently finishing a project with Laing O’Rourke for Dumfries and Galloway Royal Infirmary, carrying out numerous repairs on doors, work surfaces, IPS (Integrated Plumbing System) panels and window frames.

Plastic Surgeon also works with housebuilders including Avant, Taylor Wimpey, David Wilson Homes and CALA Homes, providing repairs to surfaces damaged during the construction process, prior to clients moving in.

Of Plastic Surgeon’s 180-plus fine finishers, 18 are based in Scotland and span the length and breadth of the country, from Aberdeen to the Scottish Borders.

The company is looking to bolster its team with the recent appointment of two new finishers, who will undergo training at Plastic Surgeon’s head office before going to their own regions to be mentored, then returning for further assessment.

“It’s pretty much an ongoing process because we don’t allow them to learn everything in the first few months,” explained Sandra, before describing continuous staff training as “vital” to Plastic Surgeon. She also highlighted that all repairs come with a two-year guarantee and because all finishers are directly employed, rather than being franchisees, they are continuously provided with training on new techniques with new products and materials.

Sandra continued, “It’s vital to keep those staff because we’re investing so much of our own time and skill. They’re learning all our techniques so we need to make sure that we’re keeping the staff on board and that there is a long relationship there. Most of they guys in Scotland particularly are long serving but we invest a great deal of money in the training.

“We have a culture where the finishers are asked to make suggestions. They’re the guys out in the field; if they see anything that we can improve on, that will be trialled in our training facility and quite often their suggestions are successful.”

Sandra added, “I think, on a day-to-day basis, the finishers surprise me with the talent and what they can actually do. We have clients that can’t believe the repairs we carry out.”