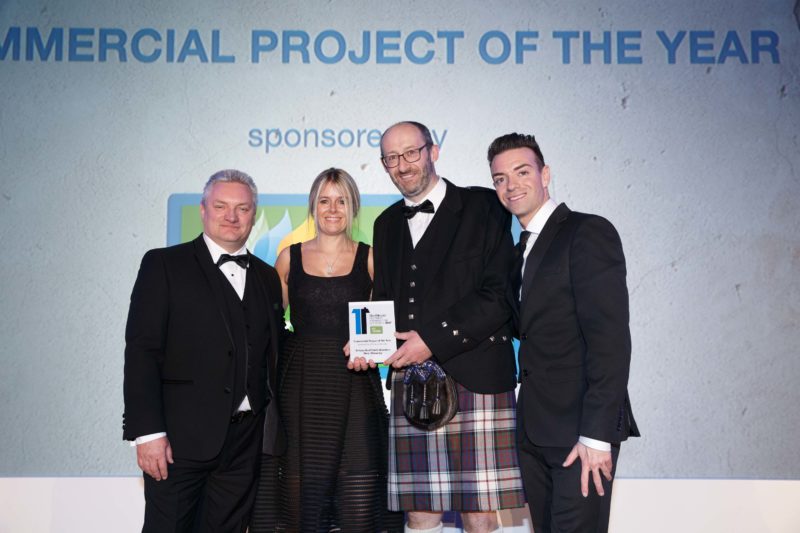 The £200 million regeneration scheme in the capital’s Old Town picked up the Commercial Project of the Year prize at the 2017 Herald Property Awards for Scotland, held in Glasgow.

The New Waverley works included the development of the Adagio Aparthotel overlooking the Royal Mile and The Arches, a row of Victorian arches which has been transformed into a retail and leisure quarter.

The project has already landed gongs at the Scottish Property Awards and the Royal Institute of Chartered Surveyors (RICS) Awards this year.

New Waverley is being delivered by Artisan Real Estate Investors, and is owned and funded by MAS REI.

Clive Wilding, New Waverley project director said, “We are all thrilled that New Waverley has won another major accolade. For the last two years, we have worked hard to make New Waverley an integral part of Edinburgh’s Old Town, breathing new life back into a formerly neglected part of the city centre. This award – highlighting our successful completion of both the Adagio Aparthotel and The Arches – shows that our efforts are now paying off and I am delighted that New Waverley’s considerable impact is being recognised on a national stage by our peers and public alike.”