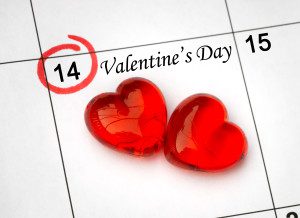 A new study has revealed that construction workers are the most generous workers when it comes to treating their partners on Valentine’s Day.

As February 14 approaches, new research from a business insurance website has revealed the most generous industries when it comes to splashing the cash on their partners.

The team at www.constructaquote.com polled a total of 2,109 UK males aged 18 and over for the purposes of the research. Each participant stated prior to questioning that they currently work full-time and that they have been in a long-term relationship with their partner for at least six months or more.

When initially asked if they had given any thought to how they and their partner would be spending Valentine’s Day 2015, just 11% of men revealed that they had already booked or planned their romantic day. A further 74% revealed that they had a ‘vague idea’ of how they were planning to spend the day, whilst the remaining 15% admitted that it would be completely up to their other half on how Valentine’s Day is spent this year.

When respondents were then asked to reveal, from a list of options, how they would most-likely spend this year’s Valentine’s Day, the most common answers were revealed as follows:

Researchers asked respondents to reveal approximately how much money they would spend on their Valentine’s experience, including gifts, food bills, hotels etc. Grouping the respondents by their work, the following industries were revealed as the most generous:

On the other end of the scale, Sales and Automotive were the two industries where males were planning to spend the least on their partners this Valentine’s, with average spends of £14 and £6 respectively.