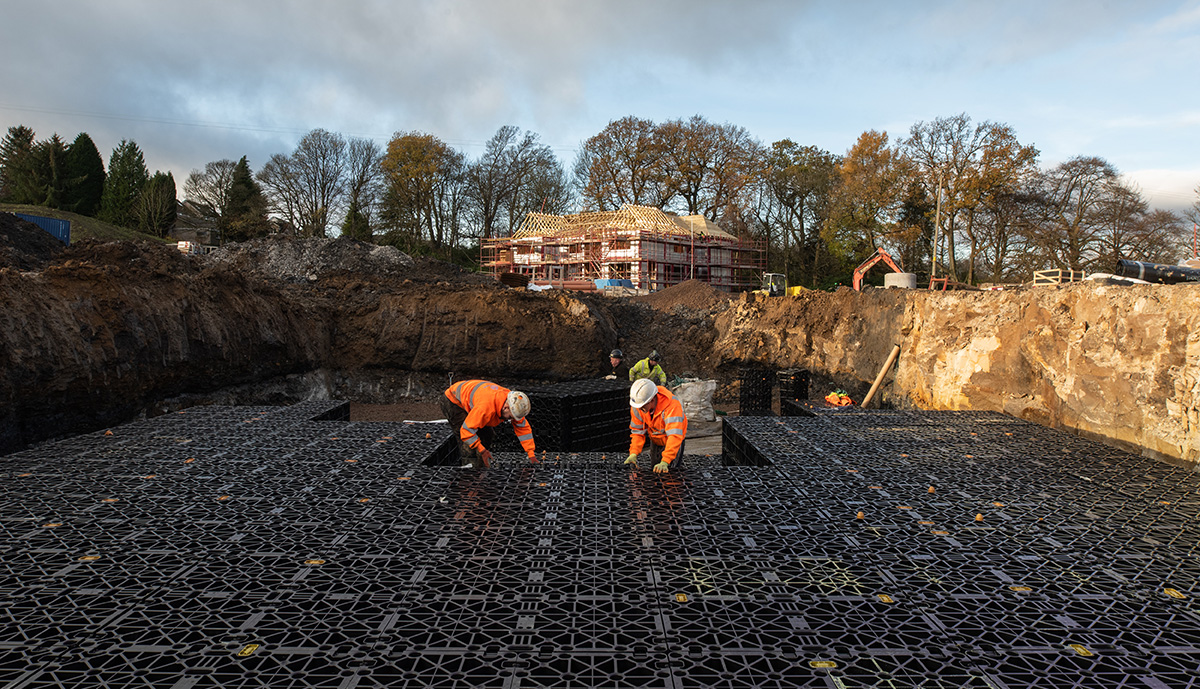 Brett Martin has provided its StormCrate55 modular crates for an underground attenuation tank designed to control stormwater and address excessive rainwater run-off as part of a prestigious development of homes in central Scotland.

Located in the village of Torwood on the outskirts of Larbert, Torwood Glen is a high-end development of 11 luxury homes built by Kings Group Scotland for Heritage Homes. Due to the site topography featuring higher level ground surrounding the development, Scottish Water required the contractor Kings Group to adopt a method to treat and attenuate surface water run-off, allowing the site to cope with severe rainfall both now and in the future.

This initiated discussions with Brett Martin, which had already provided its underground drainage and Cascade cast iron effect rainwater systems for the luxury homes within the development.

Andy Murray, Site Manager at Kings Group said: “Following site meetings with Brett Martin representatives to discuss our drainage requirements, we had several discussions about ways to manage stormwater that didn’t involve creating a large retention pond. Brett Martin offered a supply and install package using the StormCrate55 attenuation system, which proved to be the ideal alternative, as we could create an underground tank beneath the green area on site.”

The installation team at Catalogue Engineering created a 360m3 tank using StormCrate55 modular units which were clipped together in a brick-bond pattern to create a large underground attenuation tank installed beneath the area earmarked for landscaping in the middle of the development. The lightweight, high strength modules weigh only 15.5kg each and have a loading capability of 562kN per m³.

Having previously installed StormCrate55 on other projects, the modular units were once again easily handled and simply fitted together by the team at Catalogue Engineering using connectors and shear pins and the tank wrapped in an impermeable membrane.

StormCrate55 can also be used for infiltration applications where it is wrapped in a permeable geotextile material which allows stored water to slowly seep into the surrounding ground and back into the water table over a period of time.

Suitable for installation in landscaped areas, pedestrianised spaces, playgrounds, parking areas, driveways and access zones, StormCrate55 is seen as one way of addressing the problem of flooding and avoiding using an overloaded sewer system.

With the 11 homes due for completion in phase 1, and a further six additional homes recently announced to meet demand, the future residents of this exclusive development in central Scotland can be assured that intensive stormwater will be managed by StormCrate55, an engineered sustainable drainage system that effectively addresses the problem of surface water flooding.

To find out more about StormCrate55 or Brett Martin’s expansive range of drainage systems visit: www.brettmartin.com 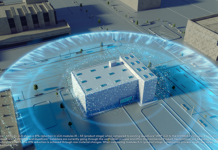 Procheck A2 high-class protection for major regeneration scheme in London 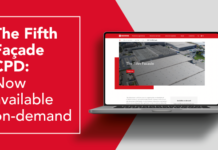