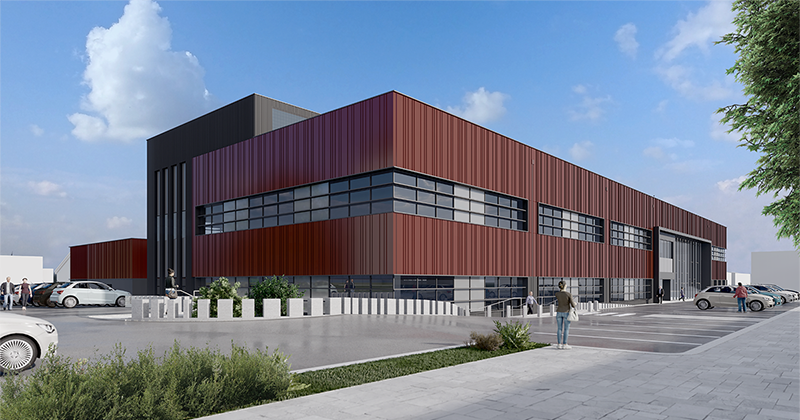 THE James Hutton Institute and McLaughlin & Harvey have signed construction contracts worth £28.7 million for the next stage of the redevelopment of the institute’s Invergowrie estate.

Procured via the SCAPE Scotland Construction Framework, and part-funded by the Tay Cities Deal, this next phase is part of a masterplan to create two institute-led innovation centres at Invergowrie, with the aim of helping to establish Scotland as a leader in food security and crop resilience.

The masterplan has received £17 million investment from the Scottish Government through the Tay Cities Deal.

Enabling works for the IBH and APGC are ongoing on-site with a number of older buildings demolished to make way for the new facility being built in the heart of the Invergowrie Campus.

Colin Campbell, chief executive at the James Hutton Institute, said, “Moving into the next phase of the International Barley Hub’s construction is a significant milestone in this project, which aims to future-proof the barley sector across Scotland and the UK. This new facility will serve as the key research hub of the facility and is set to bring around £60 million benefit and over 1200 jobs to Scotland over the next 10 years.”

Robbie Clark, operations director at McLaughlin & Harvey, added, “We are delighted to be continuing our strong relationship with the Institute. Having recently completed the state-of-the-art Barley Field Centre facilities, our highly experienced project team will now move seamlessly on to the delivery of the new Advanced Plant Growth Centre and International Barley Hub.  By procuring the new facilities through the SCAPE Framework, the Institute will also provide measurable tangible benefits to the local community and economy as part of the build.”