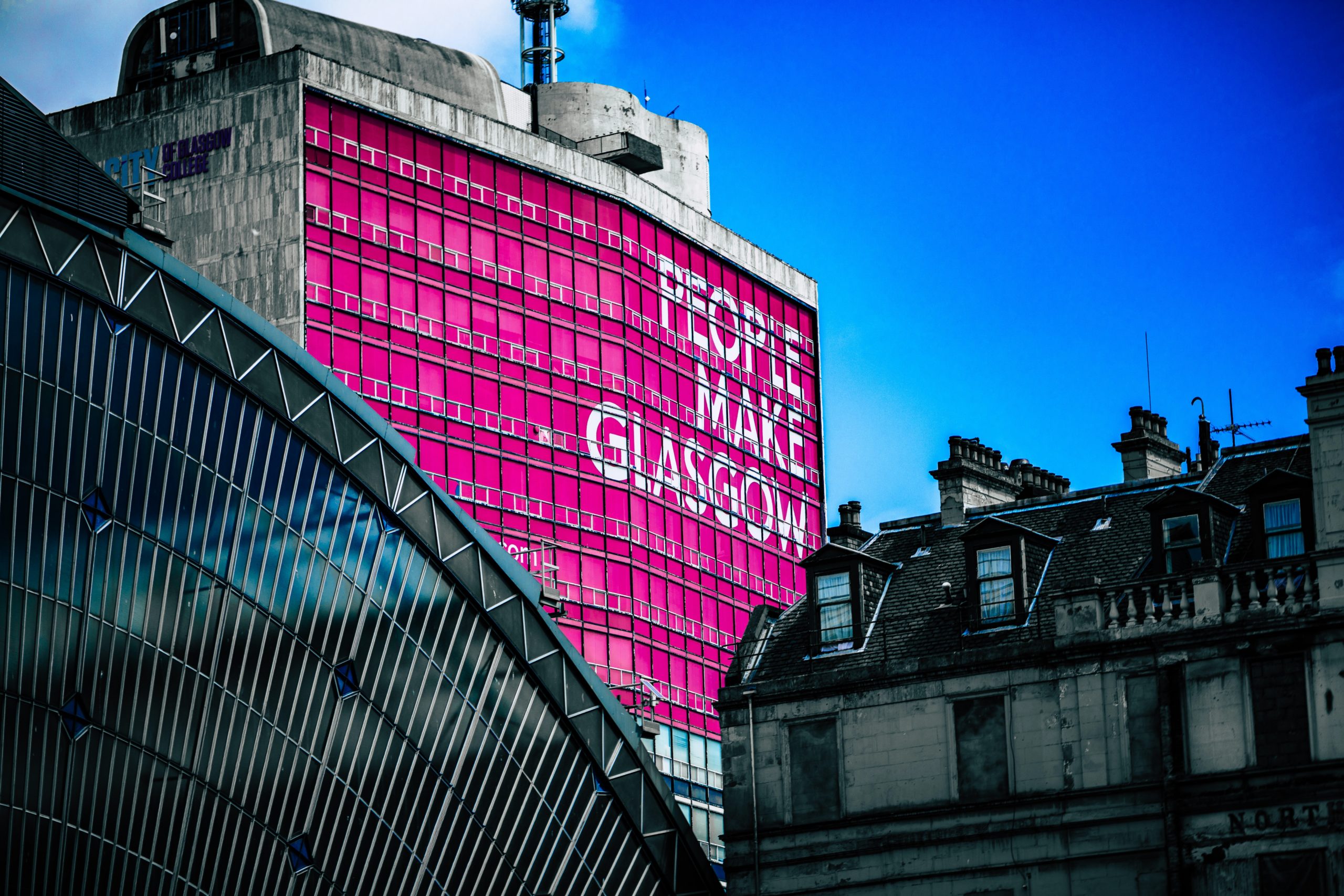 A blueprint aimed at guiding transport decision-making in Glasgow city centre over the next decade has been approved by Glasgow City Council.

It comes as the local authority accepts £450,000 funding for an accessibility audit on city centre streets as it works to develop a people first zone.

The proposed people first zone – an area bounded by Hope Street, Cowcaddens Road, North Hanover/Glassford Street, and Howard Street – is one of the leading proposals of the city centre transport plan. It would see pedestrians given priority over vehicles.

Other projects in the blueprint will look to help deliver the aims of the plan, including George Square and the wider Avenues and Avenues Plus programmes; the High Street corridor; the transformation work on the Broomielaw and Clyde Waterfront; people-friendly streets; and the Charing Cross scheme.

Glasgow City Council said that projected figures for the decade-long span of the city centre transport plan show a 23% reduction in car trips to/from the city centre, a 43% increase in walking, and a 300% increase in cycling. This will result in a corresponding 16% decrease in CO2 emissions. As a result of similar public realm work to that which will take place through the plan, retail sales and retail vacancies in other cities have increased by 30% and fallen by 17% respectively.

The council will now begin to work with partners – including the Glasgow Bus Partnership, SPT and Sustrans – to source additional external funding streams to help deliver the city centre transport plan.

Sustrans recently announced a successful funding application by Glasgow City Council, with £450,000 awarded to progress work on the CCTP to RIBA stage 0-2. £60,000 will be allocated to the people first zone, with the remaining £390,000 going an accessibility audit. The funding will support the council client team, meet the costs of data collection, and the procurement of consultancy support to assist with engagement work and to take forward the design activity.

Councillor Angus Millar, convener for climate, transport, Glasgow green deal, and city centre recovery at Glasgow City Council, said, “The approval of the city centre transport plan means the council can now get on with delivering our plans for a greener, better connected city centre.

“The proposed people first zone could be transformative for the city centre, and I am delighted that we have secured funding to take forward more detailed work on this project, while funding for an accessibility audit will help us ensure our streets are inclusive for all. Alongside our wider regeneration work, the city centre transport plan will play an important part in the growth and recover of the city centre in the years to come.”