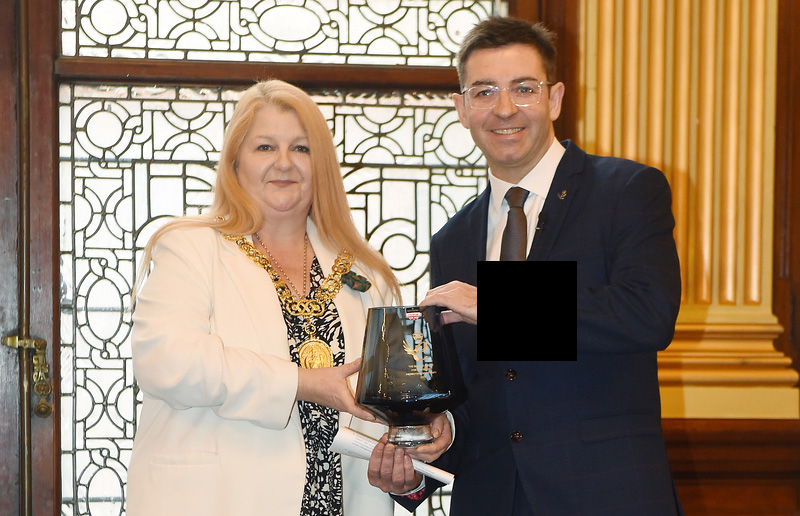 CITY Building has been presented with its third Queen’s Award for Enterprise during a civic reception in Glasgow’s City Chambers.

The construction firm’s executive director Alan Burns accepted the accolade from Glasgow’s Lord Provost Jacqueline McLaren in front of a selection of City Building board members and staff, including some of its trade apprentices.

The Promoting Opportunity award recognises the firm’s excellence in promoting opportunity through social mobility. City Building explained that equality and diversity are ‘key’ to the company’s success, with measures in place to ensure those from disadvantaged or under-represented backgrounds are given equal opportunities to thrive within the organisation.

This includes undertaking targeted recruitment activities amongst BAME (Black, Asian and Minority Ethnic) communities and people with disabilities, along with encouraging females to take up roles in the traditionally male dominated sector. 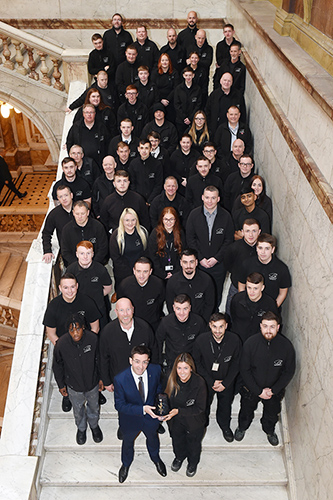 This marks the third Queen’s Award for City Building, which previously secured the Sustainable Development Award in both 2018 and 2012.

Alan Burns said, “It was a true honour to be presented with City Building’s third Queen’s Award for Enterprise. I’d like to thank the Lord Provost for receiving us at our wonderful and historic City Chambers, where many of our tradespeople have used their skills to maintain its beautiful surroundings. 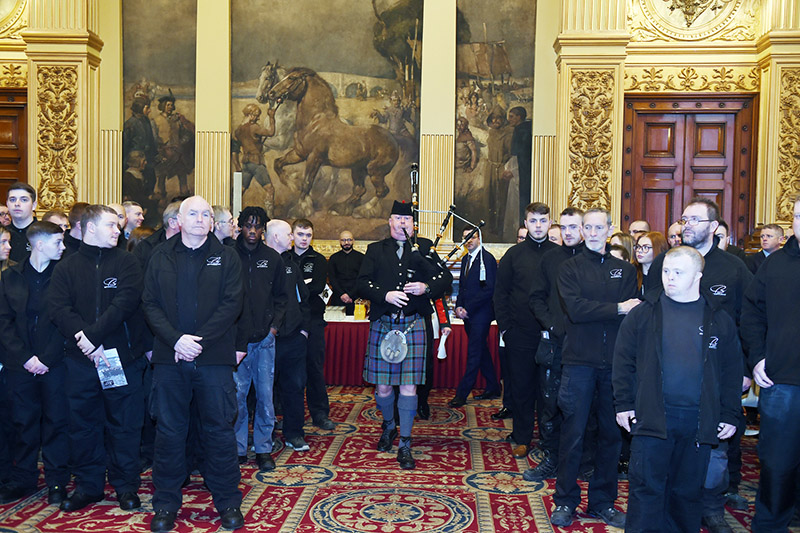 “It means a lot to us that City Building’s work on equality, diversity and sustainability is continually recognised in this way. This is a testament to every member of the organisation from apprentice level through to senior management, all of whom are dedicated to making City Building an equitable workplace. Our mission of building a sustainable future does not only relate to our craftsmanship but also to our workforce and ways of operating.”

Lord Provost Jacqueline McLaren commented, “It was fantastic to present City Building with the Queen’s Award for Promoting Opportunity. A category in recognition of their work delivering successful social programmes that offer disadvantaged individuals meaningful employment opportunities. My congratulations on their third, well-deserved, Queen’s Award. I wish them continued success.”