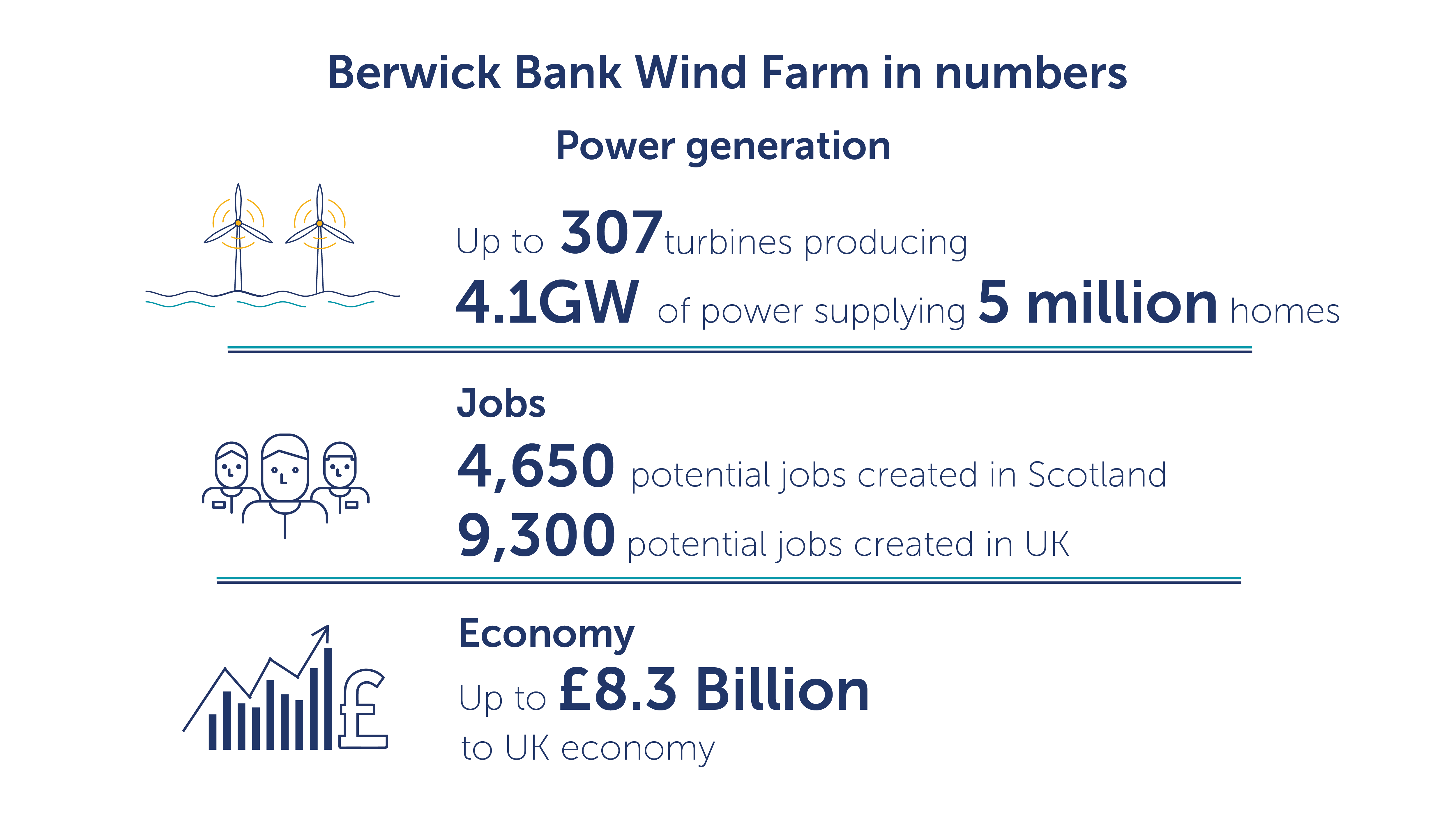 SSE Renewable’s proposed Berwick Bank Wind Farm could create around 4,650 direct and indirect jobs during its construction phase, an economic study has said.

Carried out by BVG Associates, the study also said that as much as £4.1 billion could be added to the Scottish economy and £8.3 billion to the UK economy over the lifetime of the project.

SSE Renewables said that the wind farm could be built by 2030, with it having the potential to deliver up to 4.1GW of installed capacity – which SSE Renewables said would make it a ‘crucial contributor’ towards Scottish Government offshore wind energy targets.

Project director, Alex Meredith, said, “SSE Renewables is committed to delivering investment in jobs and skills in Scotland through Berwick Bank Wind Farm. It is clear that if we obtain consent to proceed with Berwick Bank, it will provide a significant boost to the offshore wind supply chain and encourage investors to get involved in the sector in Scotland at scale.

“Consenting a project of this scale can provide the step change we need to see in Scotland to unlock investment. The analysis considers the project’s potential based on an enhanced UK supply scenario, where all plausible procurement decisions for local, Scottish and UK supply are included, which realistically illustrates the huge benefits to the economy if Berwick Bank is approved.

“It represents a significant opportunity to deliver high-quality green jobs that can be sustained throughout the life of the project.”

Once operational, SSE Renewables said that it estimates that Berwick Bank would support around 500 jobs in Scotland (direct, indirect and induced), over the duration of the operational life of the wind farm.

Alex added, “Berwick Bank can generate not just enough clean, renewable energy to power over five million homes, which is the equivalent to supplying all of Scotland’s households twice over, it can also generate significant revenue and jobs for Scotland and the UK. Given the right investment incentives and supply chain opportunities throughout the project life-cycle Berwick Bank will play a key role in helping the country meet its net zero targets.

“It will also pave the way for the roll out of the proposed Scotwind projects that will further advance the country’s ability to generate abundant green energy.”