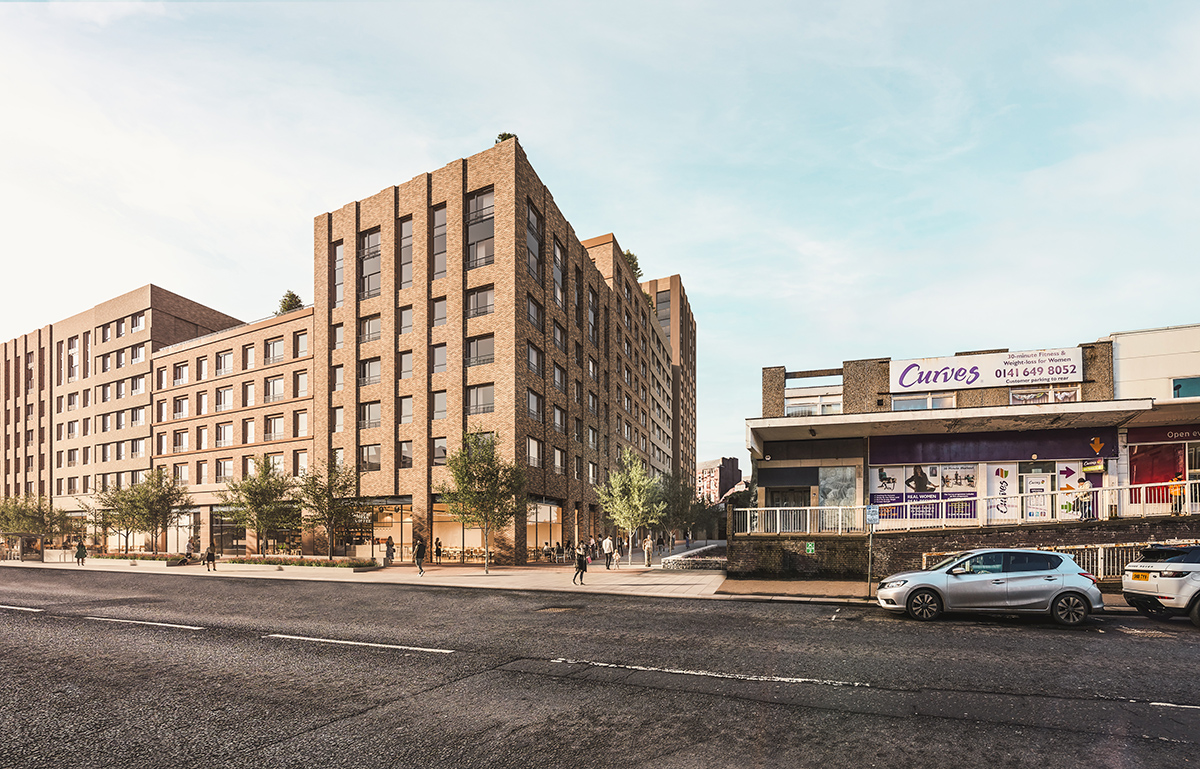 THE owners of Shawlands Arcade have lodged a planning application with Glasgow City Council for a multi-million pound regeneration of the existing site.

The proposed development will feature a mix of ground floor shops with new homes above. An expanse of new landscaping has been described as ‘central’ to the design, with half of the site being planned as greenspace and public realm including areas for public seating, play, performance and art.

Neal Jamieson, director of Ediston Real Estate, said, “We are pleased to submit plans for a viable alternative to the existing arcade. Having consulted with the community over the past year, we know that replacement of the current dated complex is much wanted. The proposed balance of housing and retail uses has been carefully considered to ensure a regeneration that is realistic and deliverable.”

The ground floor space will accommodate retail and commercial businesses, with 330 one, two and three-bedroom apartments above, incorporating landscaped roof gardens and terraces.

Nearly 80% of those who provided feedback during the consultations said they think the current arcade is ‘poor or extremely poor’ quality, with the majority wanting to see a better range of shops incorporating a mix of high street names and independent traders.

An independent economic impact assessment has been submitted as part of the application, which highlights that the planned £150 million investment into Shawlands will enable the replacement of a town centre asset and prevent it from falling into dereliction.

In addition, when fully completed and occupied, the arcade regeneration is expected to support 240 direct jobs and a further estimated 150 construction jobs.

Jonny McDonald, chair of My Shawlands Business Improvement District, added, “As we head into an increasingly difficult economic climate, we are encouraged that the arcade’s owners have prepared a set of plans that are economically viable and can be delivered.  The existing arcade is increasingly detracting from the overall town centre and it’s been a long held aspiration of My Shawlands to see it replaced.”

The proposals are being brought forward by the arcade’s owners, Clydebuilt LP, which is a property investment and development fund co-owned by Strathclyde Pension Fund and Ediston Real Estate.