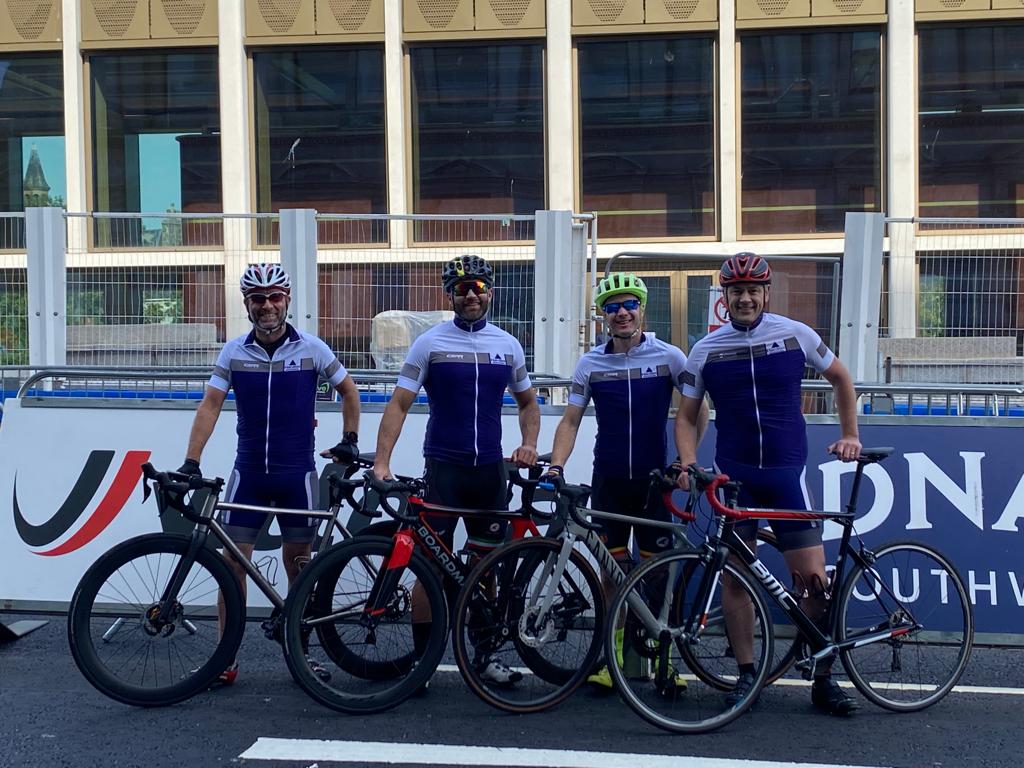 Aberdeen-based partner Gareth Cordiner was joined by Mark O’Neill, the firm’s head of energy alongside two guests, Melville Dixon from NHS and Matt Nicoll from Swire Energy, in a relay team racing bikes round a 1.2km city centre circuit.

Of the 20 teams competing, Hardies finished third, staking its claim to be the ‘fastest surveyors in Aberdeen’.

The Festival, organised by Aberdeen City Council and Scottish Cycling, saw the city centre play host to a day of cycling fun for all ages prior to the Grand Depart of the Tour of Britain.