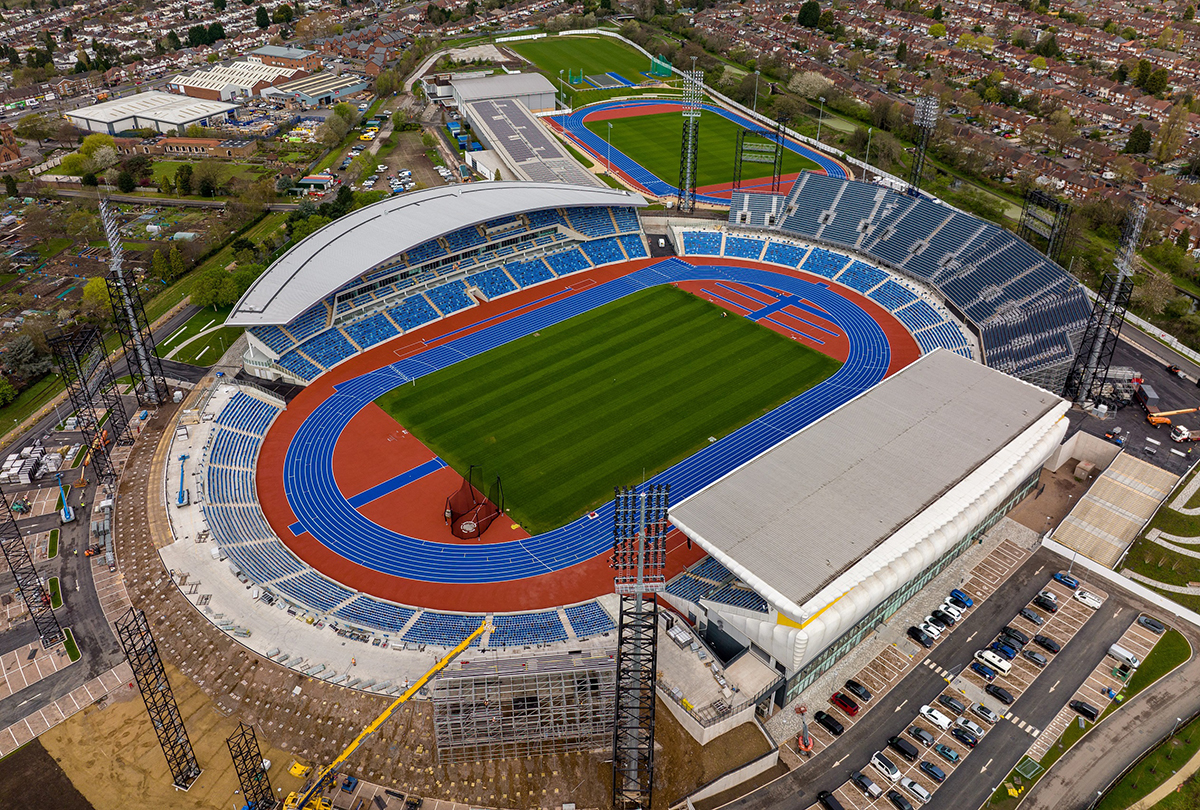 THE lead contractor on the redevelopment of Birmingham’s Alexander Stadium has highlighted the benefits brought about by the project following its recent completion.

McLaughlin & Harvey detailed the outcomes of its social value programme, which was implemented over the course of the redevelopment in a new report published, including job creation, ethical procurement, and a range of community partnerships.

A total of 370 jobs were created and sustained throughout the redevelopment of the stadium over the last two years, as well 35 apprenticeships, work placements and internships, and 756 weeks’ worth of vocational training.

McLaughlin & Harvey revealed 58% of employment was created for those living within 30 miles of the site, while 334 members of the workforce were upskilled during the project. 91 community and education groups and over 600 school pupils have been engaged throughout the redevelopment, and £80,000 of community investment, both financial and in-kind, was achieved.

The business recently won the Inspiring Change in the Community Project Award for its Employment & Education Academy initiative on the project, which addressed the employment and skills gap by removing inequalities and barriers in employment and education.

Martin Keys, operations director at McLaughlin & Harvey, said, “The greatest challenge faced was ensuring the project ran to time and budget. This was achieved amidst a world health pandemic and a global shipping crisis – to name a few – thanks to the collaboration, engagement and one-team approach from all partners involved.

“Alongside this excellent achievement, today’s report also highlights the real benefit we have brought to local communities here in Birmingham, both engaging with young people and hard-to-reach groups, encouraging them into work and bringing a lasting legacy to the area, which as a business, we are very proud of.”

The £72.4 million stadium redevelopment project was part-funded by West Midlands Combined Authority (£25m) and the Greater Birmingham and Solihull Local Enterprise Partnership (£20m), with Birmingham City Council providing the remainder of the funding.

Councillor Ian Ward, Leader of Birmingham City Council, said, “Anyone who visits the venue knows what an amazing job our contractors have done on the redevelopment of the Alexander Stadium – which is now the undisputed premier athletics facility in the country. But the community story is just as impressive. McLaughlin & Harvey told us they would be good neighbours and project partners and they backed up their words with a really impressive programme of community engagement and support for grassroots projects not only in Perry Barr, but right across the city.”