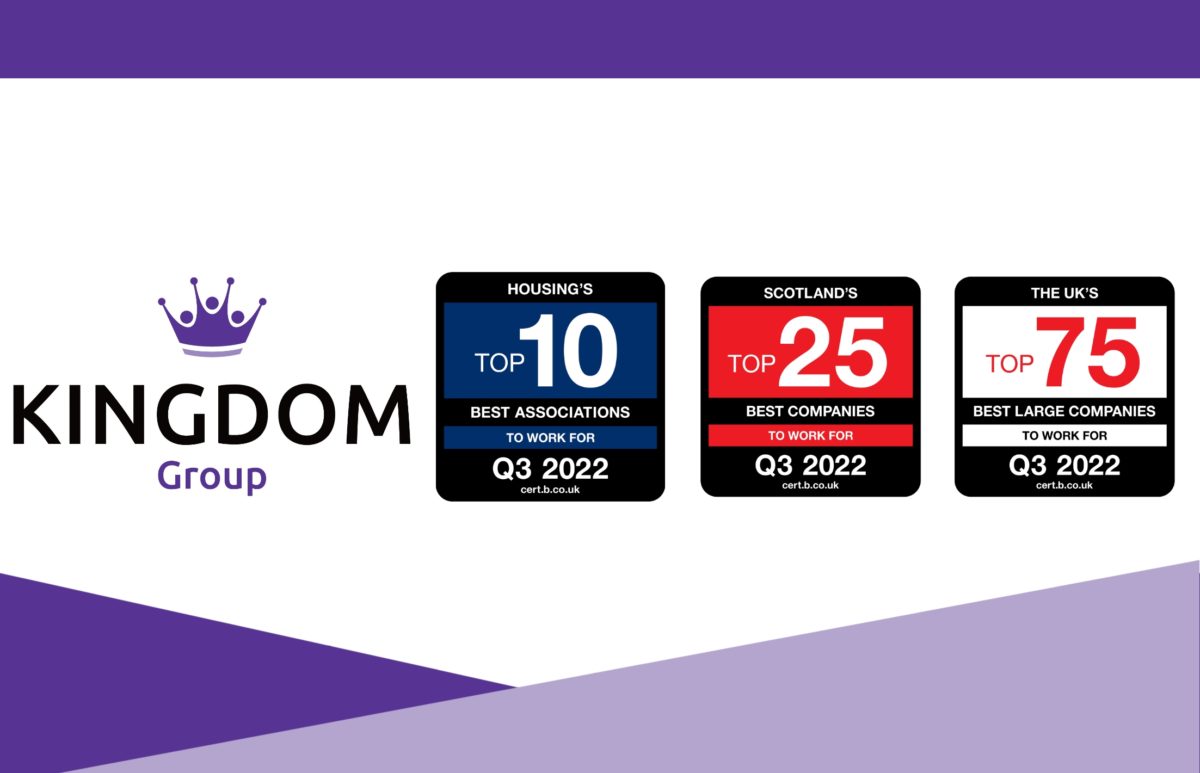 KINGDOM Housing Association has announced it has been named the top housing association to work for in Scotland for the second year running by Best Companies.

The Kingdom Group was also ranked 18th best company to work for in Scotland across all industry sectors on the regional list, and featured in the UK’s Top 75 Best Large Companies To Work For list for the first time.

Bill Banks, Kingdom Group chief executive, said, “It’s a real honour to have the Kingdom Group officially recognised for the second year in a row as an outstanding company to work for by Best Companies. Our outstanding levels of engagement from colleagues at all levels come from Kingdom’s commitment to being an employer of choice.

Best Companies measure a range of factors including wellbeing, pay and benefits, personal development, and leadership before announcing the Best Companies to work for across a range of sectors and regions.