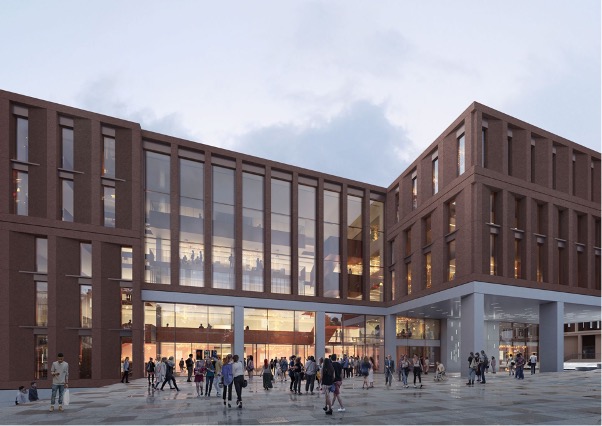 INTERNAL glass specialist Indeglås has been appointed by Multiplex to provide design and construction services on the £86 million Adam Smith Business School, including the production of a full BIM Level 2 model.

The six-storey building is the fourth major development within the University of Glasgow’s Campus Development Plan and the third that Indeglås has been involved in.

Iain McAlpine, Indeglås commercial director, explained, “Repeat business is crucial to our ongoing success and we are excited to be part of another phase of what is proving to be a world class development. We are grateful to Multiplex, University of Glasgow and the project architects, Hassell for giving us the opportunity to build on the experience gained on the University’s ARC and Clarice Pears facilities.”

Jeanette graduated from the university in 1985, gaining a BDes (Hons) in interior design and her induction recognises her contribution to her profession and the built environment.

As well as being MD of Indeglås, Jeanette serves as co-vice chair of Built Environment – Smarter Transformation, formerly Construction Scotland Innovation Centre where she helps steer the sector’s progress in the creation of infrastructure which supports productivity and economic recovery.

Jeanette said, “The School of Creative Arts and Industries has so many accolades and top rankings, it’s simply staggering. So just imagine my delight when I received the news last year of my induction to the SACI Hall of Fame. It was an absolute honour to join Hall of Fame inductees Nick Eardley, BBC political correspondent, Ben Sharrock, writer and director and Irune Gurtubai, film producer to receive our awards in person.”