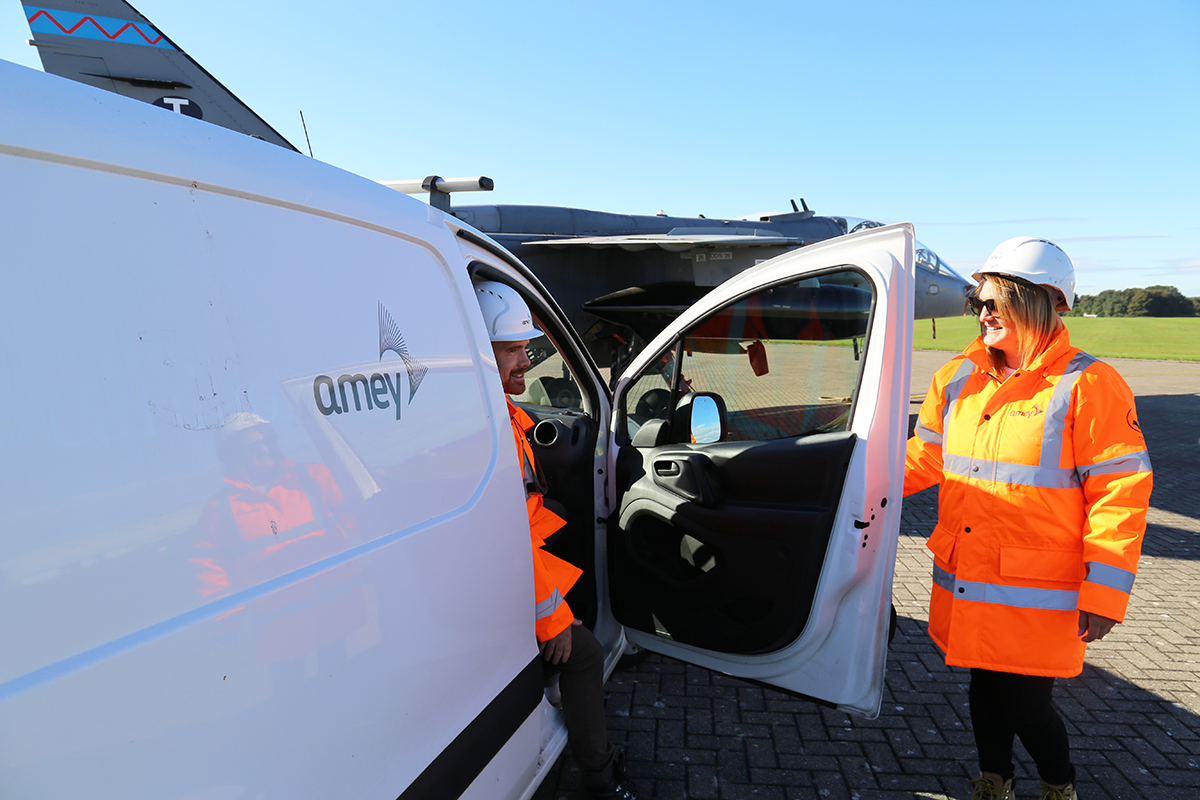 AMEY has revealed that a ‘key’ strand of its 2022 People Strategy is a commitment to improve inclusion and diversity within the defence sector, and to build a more gender balanced work environment.

The company has partnered with Women in Defence UK and recently signed up for a second mentoring programme designed to support and develop women by creating the right environment in which to thrive.

This nine-month mentoring programme is open to men and women, with ten Amey employees currently taking part. Five of Amey’s ‘high achieving’ women have been matched with mentors from across the sector and a further five employees (male and female) are mentoring five women in other areas of the defence business, including the Armed Forces and MOD Civil Service.

Colette Coulter, an account manager, has been identified as one of Amey’s rising stars and has worked in the defence sector for nine years. Her partner serves in the Royal Navy and has recently returned from deployment.

Colette said, “My mentor is a senior information officer in the RAF and we meet online every six weeks. We are working together to identify the steps I need to take to progress in my career. I’m also due to take maternity leave soon so he is helping me with the transition needed between roles when I return to work.

“The partnership has given me a different perspective on avenues to achieve my personal and career goals and helped me to be more confident in my abilities.”

Tim Tyler, one of Amey secure infrastructure business growth executives, is mentoring a senior scientist in DSTL (Defence Science and Technology Laboratory). Tim joined the Army in 1972 as a helicopter engineer in the Royal Electrical and Mechanical Engineers, then rose through the ranks to Major General to the Deputy Adjutant General (the Army’s HR director). He is helping his mentee prepare for a career transition.

Tim said, “A core part of military life is to support your people in the development of their careers, and I always enjoyed that aspect of the work and, in my HR and leadership roles, I came to recognise the real value that diversity adds to a team. I have been the beneficiary of some career enhancing support and advice from great people over the course of my working life and I’m really keen to share this through mentoring.”