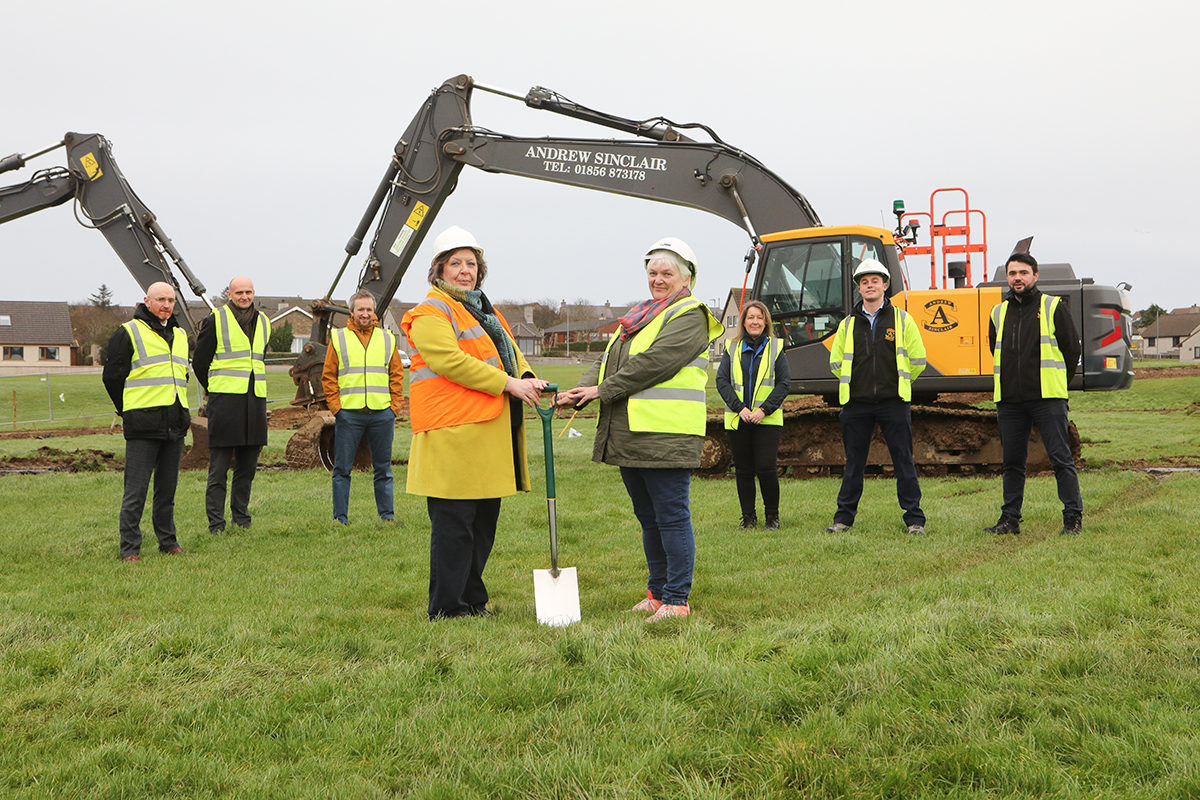 WORK is underway on Papdale East Playpark following approval by Orkney Islands Council of a design by HarrisonStevens Landscape Architects for the ‘rejuvenation’ of a three hectare green space in Kirkwall.

Old play equipment was removed in January and over the coming weeks contractors will open up a culverted burn, create a network of paths, plant native shrubs and trees, and continue the creation of a wildflower meadow.

Liz Leech, associate landscape architect at HarrisonStevens, said, “The idea is to turn this open and exposed site into a place for people of all ages and for wildlife populations. Opening up the stream will bring new life to the park, as well as flood mitigation, and the new cycle path will link with some that already exist in order to provide green travel routes around Kirkwall.”

Once this stage of the work has been completed, local community group Papdale East Play Association (PEPA) will lead phase two, which will involve reinstating the play area. HarrisonStevens has held sessions with pupils from nearby Papdale Primary and Kirkwall Grammar School to gather their ideas for the park and will return to the schools to work with pupils on the design.

The £670,000 cost of the phase one has been funded by Orkney Islands Council, Sustrans’ Places for Everyone fund, and NatureScot’s Biodiversity Challenge Fund, with additional funding coming from a Cycling, Walking and Safer Routes grant allocation and the Scottish Government’s Nature Restoration Fund. The project has also been supported by the Orkney Woodland Project and The Woodland Trust and the work is being carried out by Andrew Sinclair Contractors.