CONSTRUCTION of the final building phase at one of Scotland’s largest ever development projects is set to start.

A groundbreaking ceremony has marked the start of the new HQ for the Student Loans Company (SLC) at Glasgow’s Buchanan Wharf.

The 75,000 sq ft office building is the final transformation of the £500 million Clydeside site, delivered by Drum Property Group. When complete, the whole Buchanan Wharf site will provide Grade A office space and residential accommodation together with a mix of amenities and landscaped public spaces.

Drum announced the deal to bring SLC to the site in September 2021, bringing up to 1,100 staff to the office complex as part of a 20-year lease agreement. The build has been forward-funded by Legal & General Investment Management Real Assets (LGIMRA).

Buchanan Wharf is also home to Barclay’s Northern European campus HQ and an 18-storey, 324-apartment residential complex for Legal & General which completes in 2022. 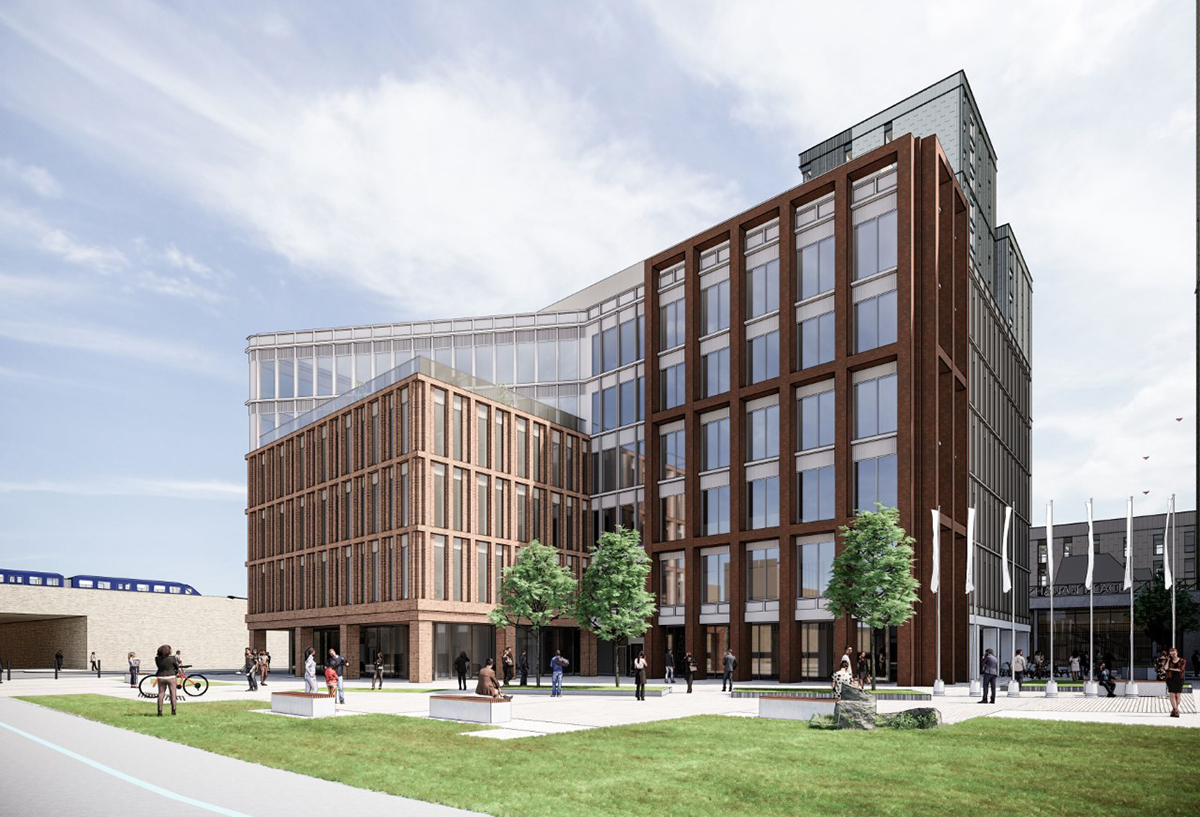 Graeme Bone, group MD of Drum Property Group, said, “Today’s groundbreaking for the Student Loans Company’s new office complex marks yet another significant milestone in the evolution of one of Scotland’s largest and most important commercial and residential projects.  Drum is set to realise its exciting development vision, forged just four years ago, of transforming what was a large neglected industrial brownfield site into a thriving commercial and residential community, becoming an integral part of Glasgow’s expanding city centre.

“Despite facing the extreme economic and logistical challenges experienced during the last two years, this development has now re-energised this waterfront area which has always been a barometer of Glasgow’s commercial success. It once again places the River Clyde at the heart of the city’s economic and cultural regeneration.”

The new Student Loans Company office HQ is due for completion in 2023. Stephen Campbell, chief information officer for the SLC, commented, “The Student Loans Company enables people across the UK to invest in their futures through further and higher education, paying loans and grants to approximately two million new and returning students each year. Our new base at Buchanan Wharf will allow us to create an office environment that will optimise opportunities for collaboration, support future ways of working, helping us to deliver an outstanding customer experience through the use of new technologies.”

Neil Dovey, head of annuity transaction for LGIM Real Assets, added, “We are delighted to acquire another government regional office building and increase our exposure in the city further. The Buchanan Wharf development by Drum Property Group is a scheme of the highest quality and this new building will sit alongside our Build-to-Rent scheme which is also under construction.

“The investment demonstrates our continued commitment to the regions, the levelling up agenda and the growing strength of regional hubs across the UK. The government’s commitment to levelling up, including improving infrastructure, means regional towns and cities have the potential to take the lead on building the strongest possible recovery.”