THE National Federation of Roofing Contractors (NFRC) has warned that the skills shortage in roofing and cladding is a ‘ticking time bomb’.

It comes following research from Glenigan revealed that over three-quarters of roofing and cladding contractors (77%) reported difficulties recruiting suitable labour in the third quarter of the year.

Slaters and tilers were the most in demand roles, according to the survey – but a number of roles such as flat roofing and single ply discipline were also reported as being difficult to find.

Further to this, just under one in ten NFRC members reported difficulties recruiting cladders, which the federation said could impact the UK Government’s £5 billion remediation scheme.

It added that roofing contractors have seen the cost of labour go up as a result, with just over half of roofing companies reporting an increase (57%) on this time last year. Alongside this, 92% of roofers have seen material prices rise.

The Q3 State of the Roofing Industry also found that:

Commenting on the research, NFRC’s head of policy, Philip Campbell, said, “The headlines recently have been focused, rightly, on HGV driver shortages, but the next ticking skills time bomb is construction skill shortages, particularly in roofing. We have seen skill shortages become a big concern for roofing contractors throughout this year, and our most recent survey found that three-quarters of our members are now having recruitment difficulties on all sorts of roles from roof slaters and tilers to cladders.

“The chancellor this week confirmed multi-billion-pound funding commitments for housing, levelling up, and cladding remediation, but the government may fall short on these targets if the construction skills aren’t there to deliver. We saw what happened with the Green Homes Grant when government ambition and supply chain capacity aren’t aligned.

“More generally, whilst it was encouraging to see the roofing and cladding industry grow again this quarter, we saw the rate of growth slow, particularly in the domestic, repair, maintenance, and improvement sector, which could be the result of ongoing material and skill shortages. Roofers continue to remain optimistic for the future, however.”

Glenigan’s economics director, Allan Wilén, added, “Roofing contractors’ workload continued to recover strongly during the third quarter, and contractors anticipate a broadening in growth over the next twelve months. The rise in workload has been accompanied by widespread disruption to material availability and higher material costs, pressures that are now feeding through as a rise in contractors’ tender prices.” 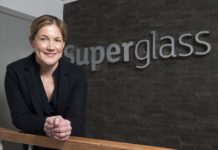 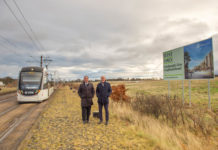 Vision unveiled for £2 billion Edinburgh neighbourhood with scope for 7,000 homes 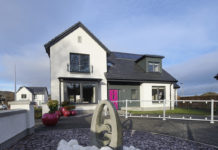