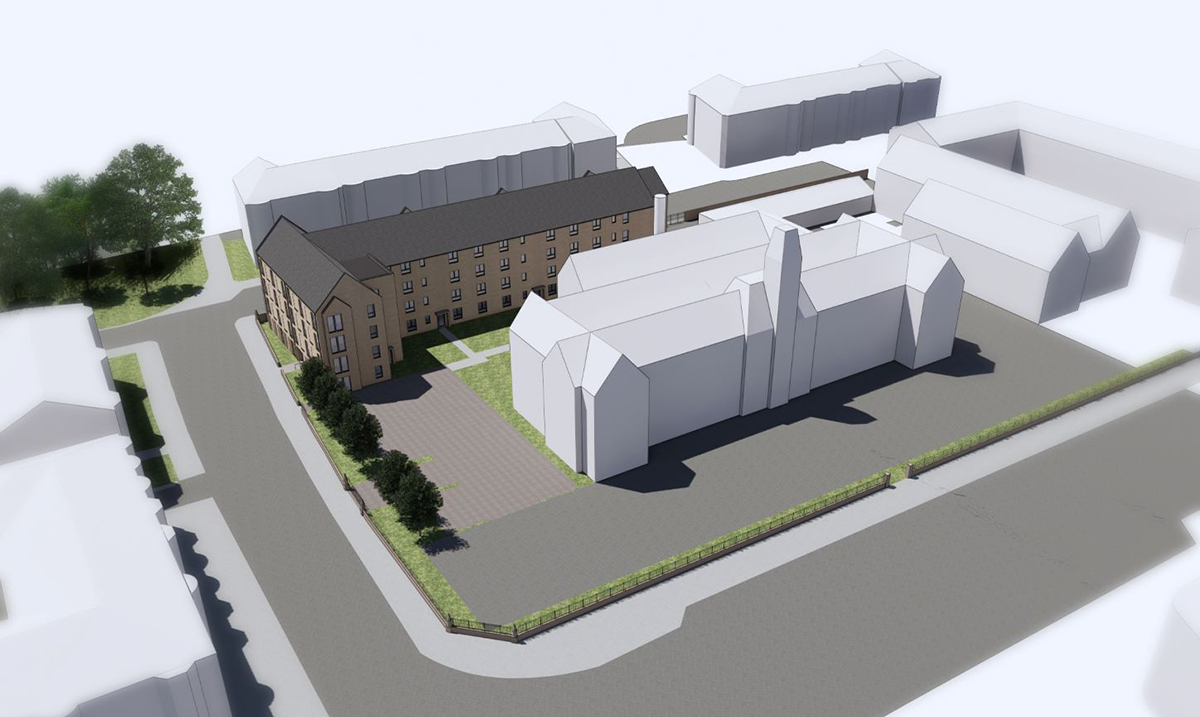 AN annex of the former Bellahouston Academy in Glasgow that once housed a gym and swimming pool is set to be transformed into 36 affordable flats.

The social housing development will be led by AS Homes (Scotland), working in partnership with Home Group, which will assume ownership and management of the development upon completion, which is expected in winter 2023.

The sale was overseen by Graeme Todd of DM Hall, acting on behalf of the site’s owner, Rasul Group. He said, “The Bellahouston Academy site has been transformed by our client, Rasul Group from a dilapidated former high school into a thriving business centre. The former annex, bounded by Paisley Road West, Clifford Street and North Gower Street, lies within an area with much to commend it, including proximity to a variety of retail facilities and good transport links via the M8 motorway network.”

Paul Kelly, MD of AS Homes (Scotland), added, “We are delighted to be acting in a development partnership arrangement with Home Group to provide further, and much needed, social housing.”