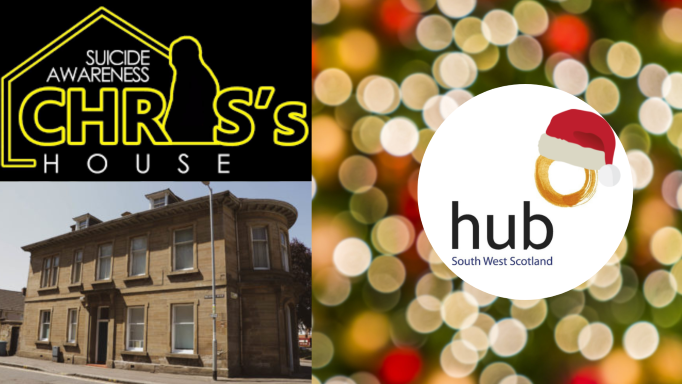 HUB South West has launched a Christmas appeal to help tackle the rise in suicides in Scotland.

The organisation is urging its partners, suppliers, and supporters to join with it in providing much needed support for Chris’s House, the first 24-hour non-medical crisis centre in Scotland offering integrated support. It was founded by Anne Rowan, a mum from Wishaw, in memory of her son, Chris, who took his own life in 2011 at the age of 36.

Michael Ross, CEO of hub South West, said, “The increase in the number of suicides in Scotland is a shocking reminder of the critical importance of supporting mental health charities. After the extended period of solitude the pandemic has created for many, it is vital that people have a safe place to go to secure their mental health.

“Chris’s House is an important resource where people in, or approaching, a suicidal crisis can have a safe place to go and obtain professional support to help them recover from the current state of mental ill health.

“So, this festive season we are appealing to all members of the hub South West community: partners, suppliers, hub Club members and others to join our Christmas Appeal in donating much needed funds to help Chris’s House to assist as many families and individuals as possible over the Christmas period and beyond.

“Donations to this very worthy cause will be gratefully received and can be made on our JustGiving page: https://www.justgiving.com/fundraising/hub-south-west2.”