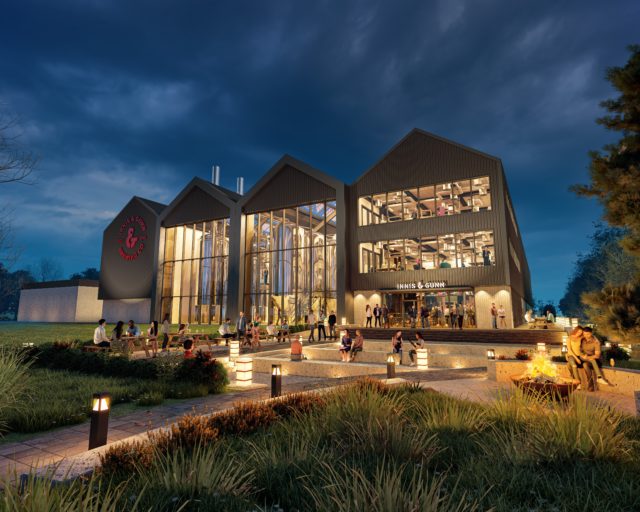 INNIS & Gunn has secured planning permission for the build of a new brewery at Heriot-Watt University’s Research Park.

Spanning a two-hectare site, the beer maker said that it will be Edinburgh’s biggest brewery build in over 150 years.

Further to brewing and guided tours, the facility will also allow students from Heriot-Watt’s school of brewing and distilling to gain on-the-job learning at the brewery.

Innis & Gunn said that further collaboration between it and the learning institute is envisioned in fields such as low carbon brewing technologies, packaging innovation and new product development.

Dougal Gunn Sharp, founder of Innis & Gunn, said, “I have wanted to build this brewery in Edinburgh for almost two decades and as the business has grown and gone from strength to strength, the importance has only increased. To have planning permission now granted at such an inspiring site is an important step forward.

“Plans for the brewery have taken a natural pause as we all continue to deal with the impacts of the pandemic, but we are committed to building the brewery when the time is right. Although we cannot give an exact date for breaking ground, the longer timeframe does have some positives including more options in the market for the best low-carbon equipment and technology, which have the potential to change the game in terms of energy usage in brewing and packaging processes.”