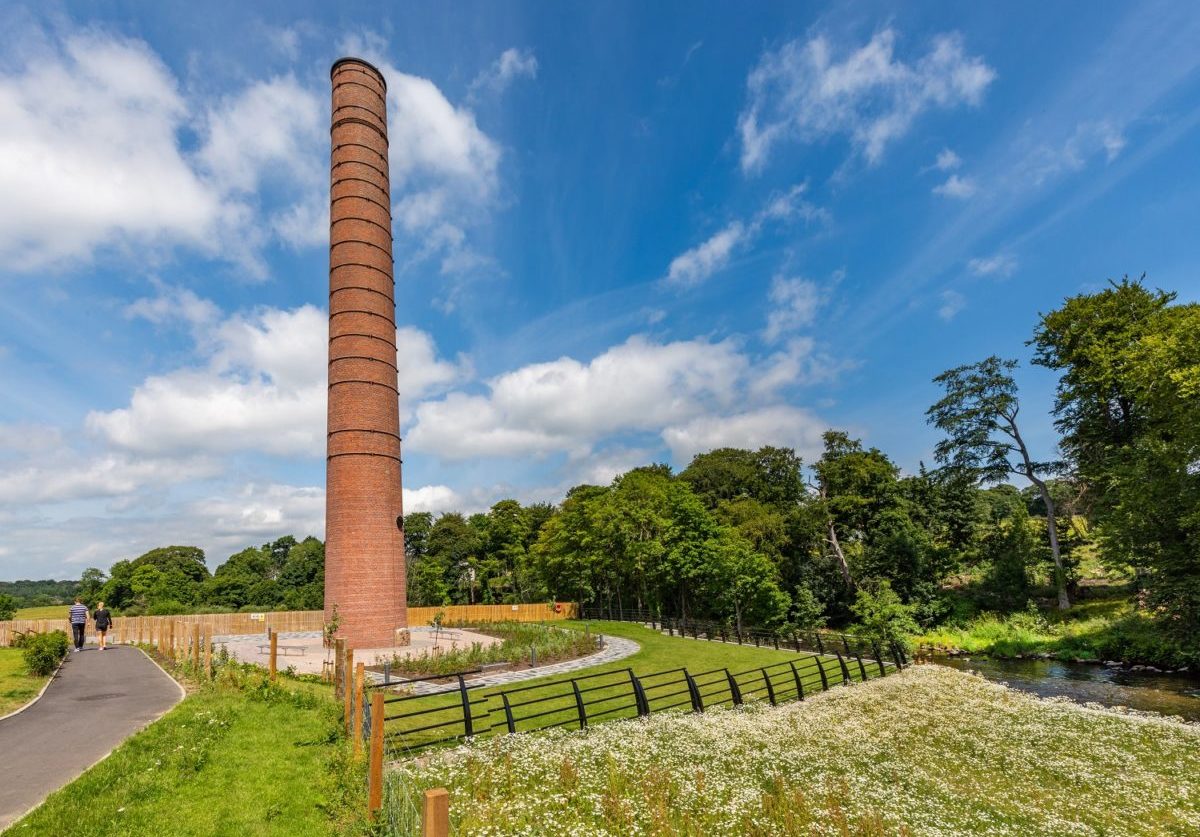 THE renovation of a historic chimney in Aberdeen, once owned by the world’s largest maker of paper bags, has won the Construction Project of the Year accolade at this year’s Trades Awards.

Barratt Homes was praised for its work to restore the 40-metre red brick chimney, which was once a symbol of the former Davidson’s Paper Mill, at its Riverside Quarter housing development in Bucksburn.

The chimney now lies at the heart of Riverside Square, a £650,000 public space in the development where residents and visitors can relax and enjoy views of the River Don.

Barratt Homes explained how the firm demonstrated ‘expert craftsmanship’ and paid homage to the mill throughout the project with the use of red brick on apartments and townhouses to highlight the heritage of the area.

David Palmer, MD at Barratt North Scotland, said, “We feel very privileged to win this award. The Davidson’s Paper Mill chimney is a recognisable landmark in Aberdeen, and we felt a huge responsibility to bring it back to life and celebrate the site’s heritage. Our construction, design and architecture teams worked closely together to create a public square that connects Riverside Quarter with the river while also providing a unique and striking space that retains, restores and carefully integrates the existing red brick chimney.

“The Trade Awards celebrate the pinnacle of the building industry in the north of Scotland and I’m delighted we have been able to acknowledge the outstanding craftsmanship and brilliant tradespeople that have worked so hard to bring this landmark back to its former glory.”