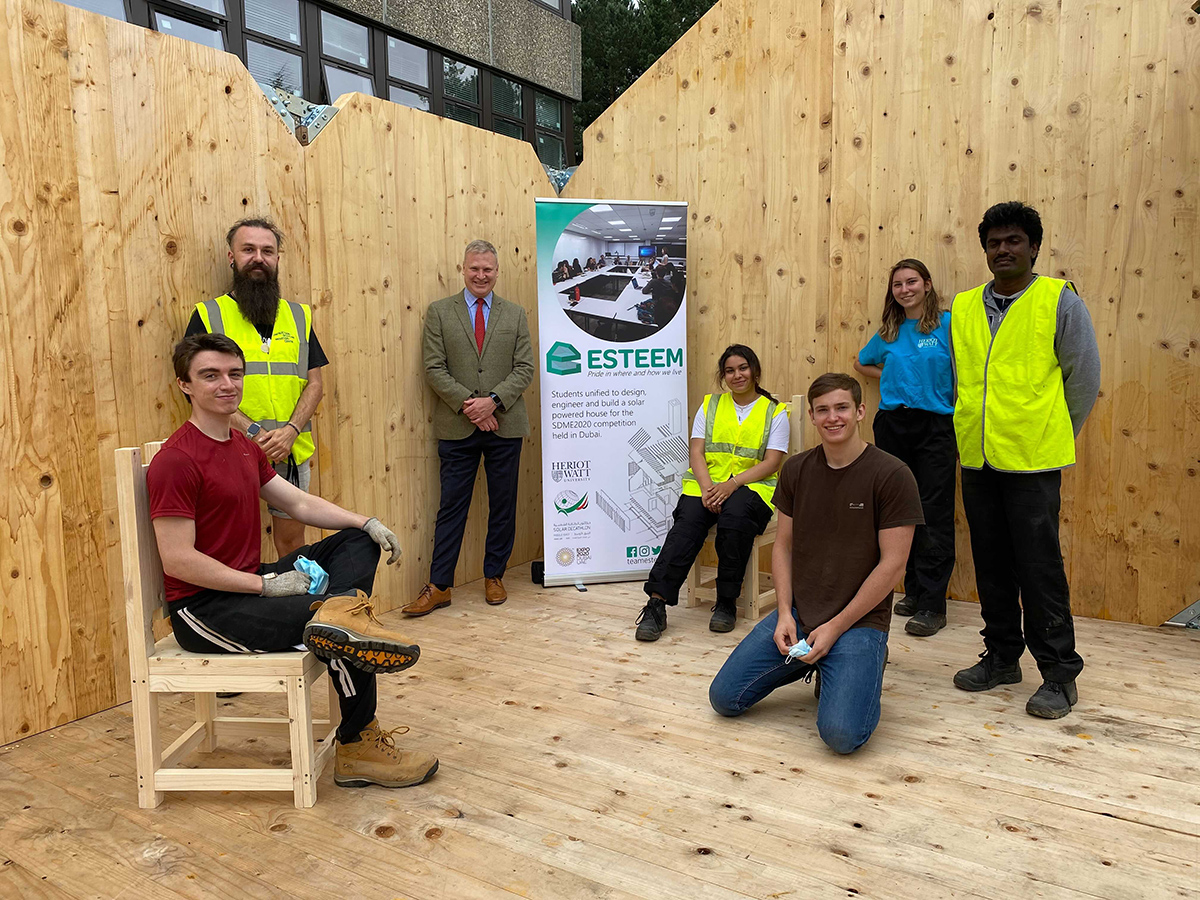 STUDENTS who set up their own construction firm to compete in a global housebuilding competition have been tipped to change the industry for the better.

The 120-strong cohort – featuring everything from a PR and HR team to engineers and architects – has since packed up the house into five shipping containers to set sail to Dubai, where it will compete in the Solar Decathlon at Expo2020.

The competition, created by the US Department of Energy, challenges universities from around the globe to design, build and operate sustainable high energy efficient, grid-connected, solar-powered houses. Team Esteem is the only UK team involved.

“I feel like we’ve already won, regardless of whether we get number one or not in the competition,” Sana Hafsa, architectural engineering student, told Project Scotland. “I think everyone can see the value that we have gotten from this project.”

The revolutionary work is a first for the university, with Alex Maclaren, assistant professor in architectural design, admitting that it was ‘terrifying’ to entrust students still locked in studies to build a house, source funding and orchestrate its shipping to Dubai – nonetheless, its benefits are already being shown, with those since graduated crediting their new roles in industry to the project, and existing students ‘excelling’ in their studies as a result of the experience.

“This type of work is a really good way to train students to think broadly and innovatively about any problem and the world we currently live in,” she said. “We need people exactly like that – we don’t need people who can just pass exams and remember facts; we need people who can change the mess we’re in, in this planet – and I think that the sort of project this is builds that type of person.”

Described by the academic as being ‘very much a real construction project’, the team was exposed to the same difficulties that have blighted industry over the past 20 months – be it sudden shutdowns of works, supply chain issues, and finances being pulled as the pandemic unfolded. 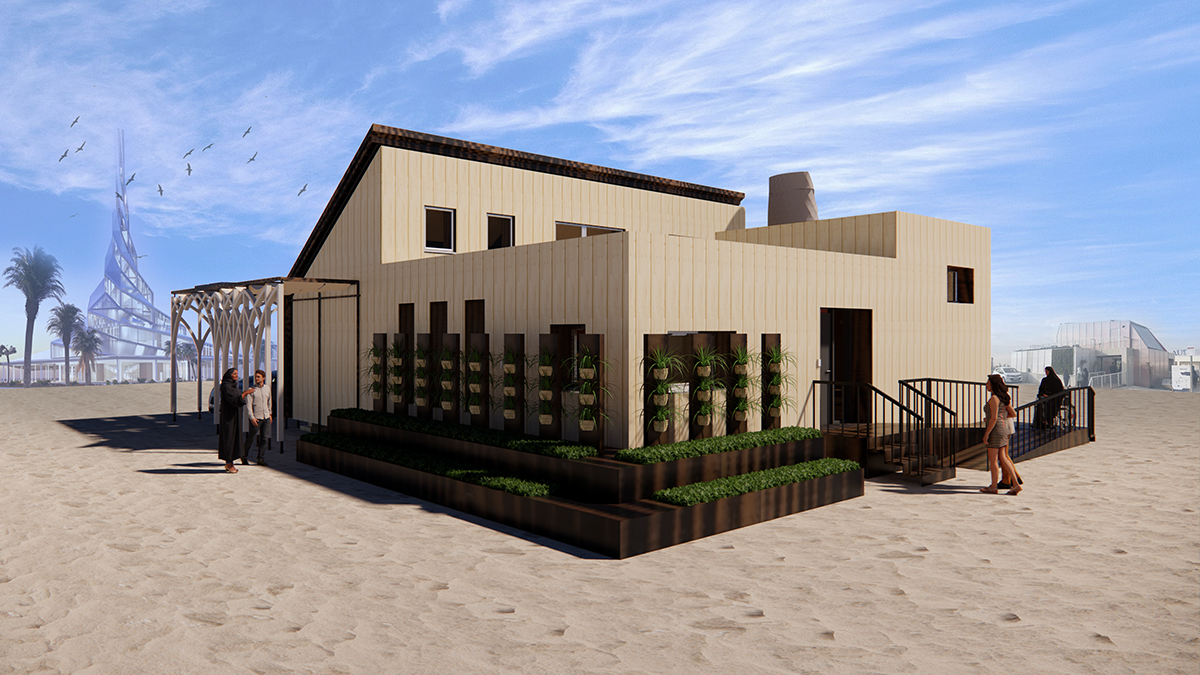 “That’s part of the beauty of the project; the fact it’s constantly new to us,” Alakbar Zeynalzade, a recent computer science graduate and head of visuals at Team Esteem, told Project Scotland. “It’s constantly a challenge and we’re always having to work around things – be it budget, materials. There’s so many supply chain shortages, and we’re having to work around this, and we’re pulling it off; it’s just a matter of cracking on and thinking of smart ways to get around the problems.”

“Approaching sponsors and showing them our media content is what allows them to realise we’re a serious team, not just a bunch of students trying to figure out what to do,” Sana explained. “We take this incredibly seriously, and we’re very professional about it.”

Content includes engaging presentations from team members whilst they walk the streets of Edinburgh, cinematic vlogs of trips to the facilities of sponsors, and interviews with industry leaders providing support to the project.

Once showcased at Expo2020, the university plans to house the home in Dubai to act as a permanent exhibit showcasing not just the innovation of the students, but also Scottish ingenuity, products of sponsors and the amalgamation of a diverse range of students combining the clever parts of their country’s own way of living into one design.

“It’s quite exciting for us that it’s now a permanent thing, it’s also exciting that we don’t have to pack it up again!” Alex joked, before telling of the ‘mammoth’ task which ensued once it came to deconstructing the home and fitting it into the containers.

Likening it to the video game Tetris, the team used a computer system with 3D models of each part of the house to virtually fit arrange each container. However, this didn’t materialise in the real world – with the crane parts prohibiting the arranged entry of the parts into the containers.

Now on the open sea en-route to Dubai, preparations are underway to get around 25 Edinburgh-based students flown over to team up with 30 of their Dubai-based peers to reconstruct it for the competition. Sana revealed that the team is confident of securing a result.

“It’s not my opinion on how well it is built,” she said. “It’s our energy simulations that are telling us that the energy performance of this house is really good and the cooling loads for the AC to cover is really low, so all of this is supported by very tangible data which gives us the confidence we have a very, very good chance of being up there.”

In terms of the future, Alex said the university has confidence in its students to carry out similar real-scale projects and hopefully influence industry. “This isn’t a one off, this isn’t a kind of let’s go and have a party in Dubai and then forget about it,” she added. “This is a progressive piece of research and innovation that we’re working on.”