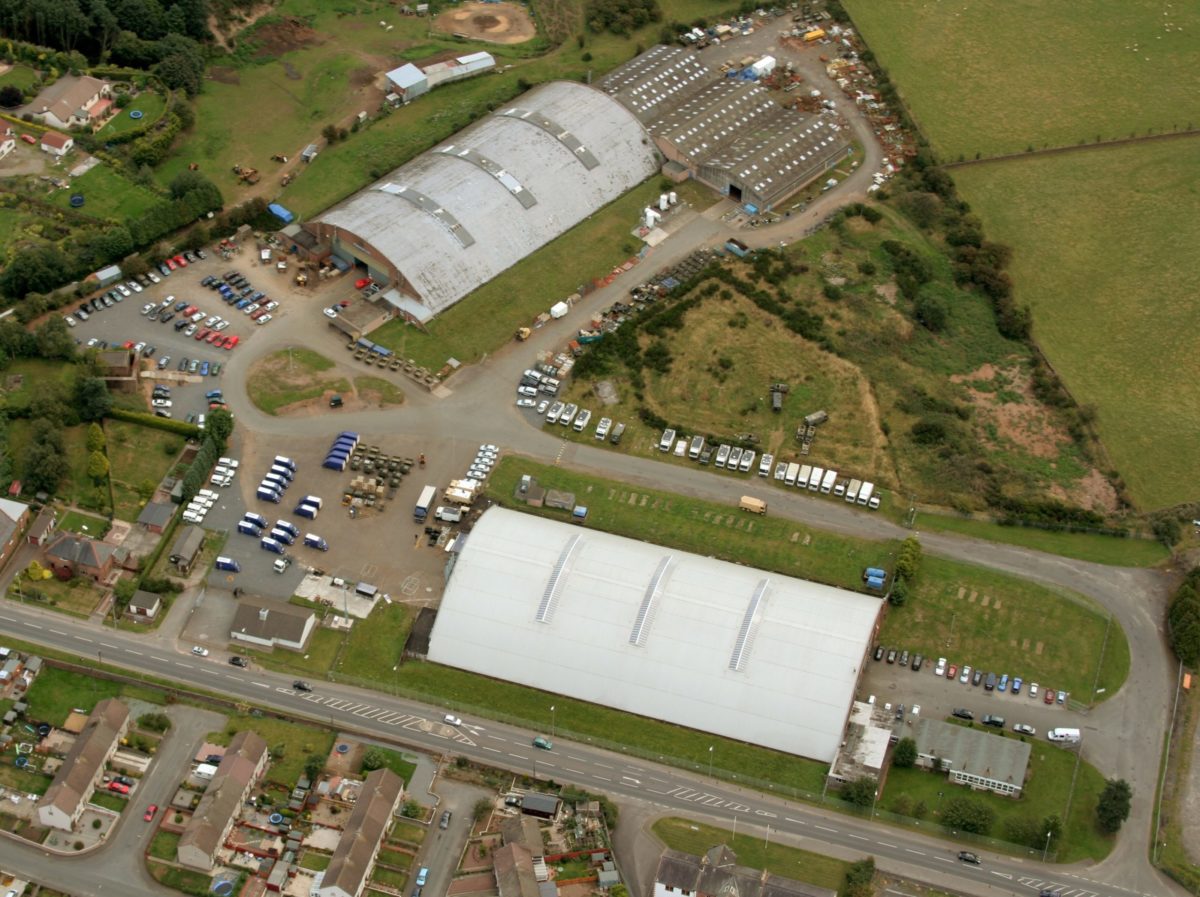 SHEPHERD Chartered Surveyors is marketing for sale the former Penman Engineering site at Locharbriggs, Dumfries as either large industrial premises or a redevelopment opportunity.

The property was originally built as part of a wider World War Two airbase and subsequently operated as a manufacturing factory.

The existing accommodation is split between two detached former aircraft hangers, both of which have been extended. Shepherd explained that the site is ‘generally level lying’ with tarmac surfaced internal roads and yard space together with large areas of green amenity land.

Fraser Carson, associate in Shepherd’s Dumfries office, said, “We are delighted to have been instructed to assist with the disposal of this rare opportunity and expect strong levels of enquiries from those considering both residential and mixed-use projects.

“The site has played an important employment role over the years, and it will be good to see it redeveloped to once again serve the local community. Alternatively, the property is capable of continued commercial operation and is suited to a variety of uses, subject to local authority consent.”