Home News Aberdeen’s Talisman House up for sale for £19.5 million 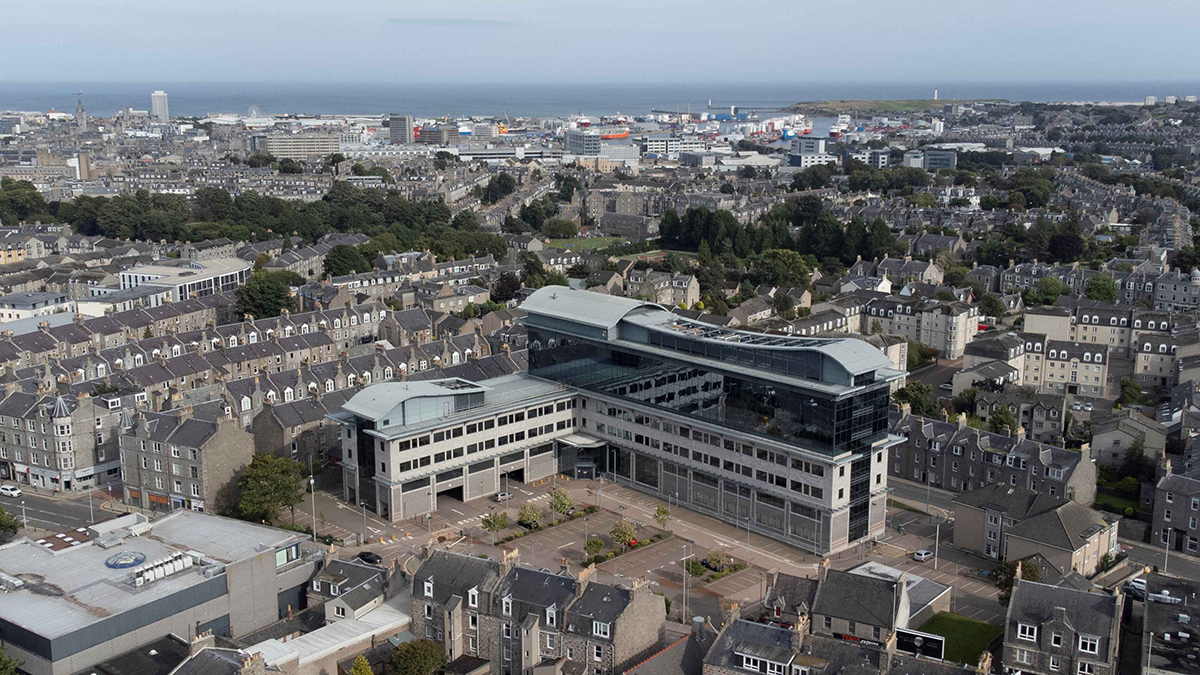 THE owner of Aberdeen’s Talisman House has put the property up for sale in what has been tipped to potentially result in the biggest deal in the city since the start of the pandemic.

APAM Ltd – the UK real estate asset and investment manager – has instructed Knight Frank to market the building for £19.5 million, reflecting a net-initial-yield of 11.77%.

Comprising more than 96,000 sq. ft. over six storeys, Talisman House is let in its entirety to Repsol Sinopec Energy UK. Sinopec and Repsol acquired stakes in Talisman Energy – the original occupier of the building – in separate deals during 2012 and 2015, respectively.

The building was developed in 2000 and over the last three years Repsol Sinopec Energy UK has undertaken ‘rolling’ refurbishment programmes, including incorporating integrated operating centres. The company is also involved in a partnership to develop a green hydrogen facility on Orkney from its Aberdeen base.

Knight Frank said the sale is a further sign of the recovery in Aberdeen’s commercial property market. The firm’s recent analysis found that take-up doubled between the second and third quarters of 2021, while Royal Dutch Shell recently announced plans to relocate to the Silver Fin building, near Talisman House. BP has committed to space at Aberdeen International Business Park in Dyce.

Douglas Binnie, associate at Knight Frank, said, “Talisman House is a well-known building in Aberdeen, let to a strong occupier in Repsol Sinopec, which has solid ties to the city – not least in its modernisation of its office, but equally through its major hydrogen project on Orkney. While the asset offers a high yield, it is also a high-quality property in a good location in the city.

“A higher, and more sustained, oil price has helped lift Aberdeen’s commercial property market, with increased deal activity and renewed activity from occupiers. All things being equal, we expect to see increased investor appetite for the city as we move into 2022, with the occupier market continuing to recover and, with that, investment activity picking up.”