CCG has revealed that pupils from Silverdale Nursery in Glasgow’s east end have buried a time capsule in the nursery grounds adjacent to the city’s largest Passivhaus development at Springfield Cross in Dalmarnock.

The children were accompanied by headteacher Margaret-Anne MacKinnon and representatives from CCG, West of Scotland Housing Association (WSHA), and hub West Scotland, who are working together to create the Williamson Street premises. 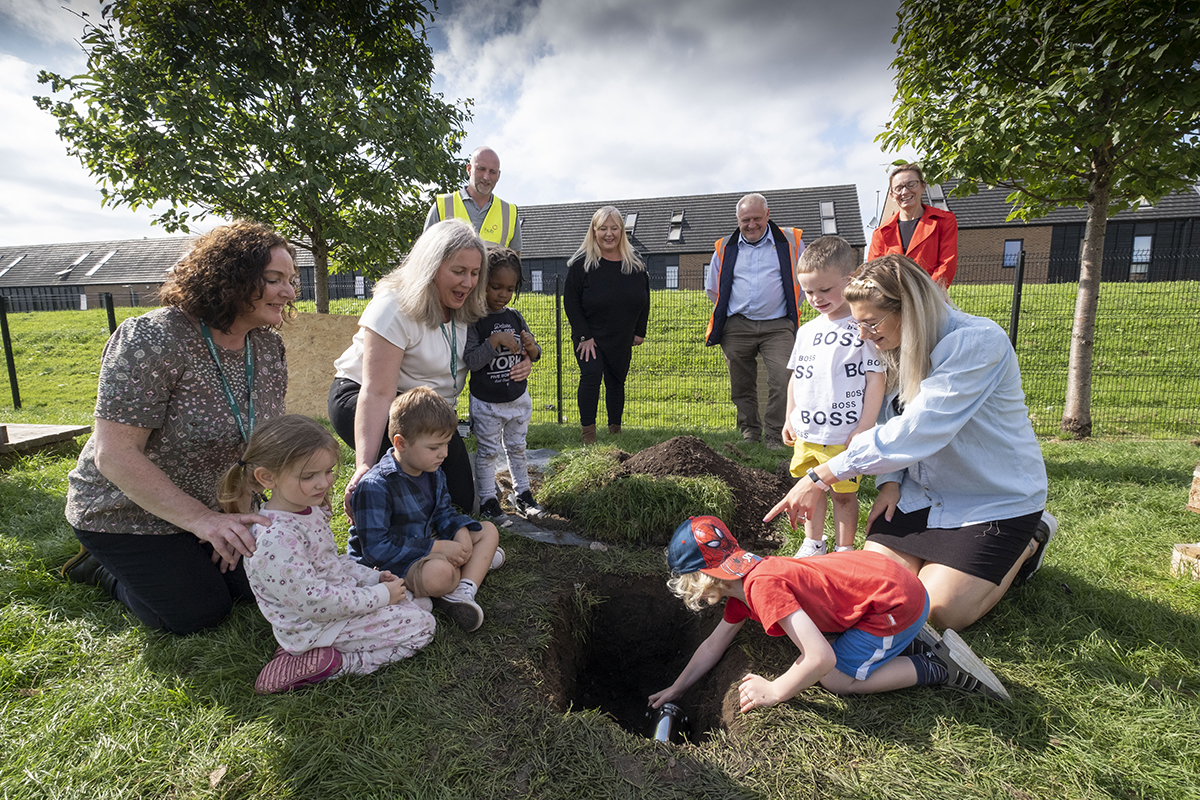 Springfield Cross is currently being constructed and will comprise of 36 one-and-two-bedroom flats for social rent by WSHA. The development is being delivered to a Passivhaus standard, featuring very high levels of insulation and airtightness to reduce heat loss and energy demand.

Funded by £4.3 million of grant funding from Glasgow City Council’s Affordable Housing Supply Programme and WSHA’s private finance, Springfield Cross is due for completion in summer 2022. The homes are being constructed using CCG’s ‘iQ’ timber system.

CCG contracts manager Derek Gall said, “We thoroughly enjoyed getting to meet the pupils of Silverdale Nursery. CCG believe it is very important to create a legacy for the communities in which we operate, offering support by a variety of means including jobs, training, curriculum support for schools and donations. Alongside the engagement with the nursery, we have created new trade apprenticeships for two young people from the east end. We are also committed to delivering up to eight work placements and, through our work with WSHA, we will donate upwards of £5000 to locally-based projects.”

Iain Marley, hub West Scotland CEO, added, “This leading edge development will play an important role in the community so it’s highly appropriate to invite the community to help plan this time capsule. It’s fascinating to contemplate what a future generation will think about the memories that have been buried and I wonder if by then all developments will be designed and built to such high standards?”