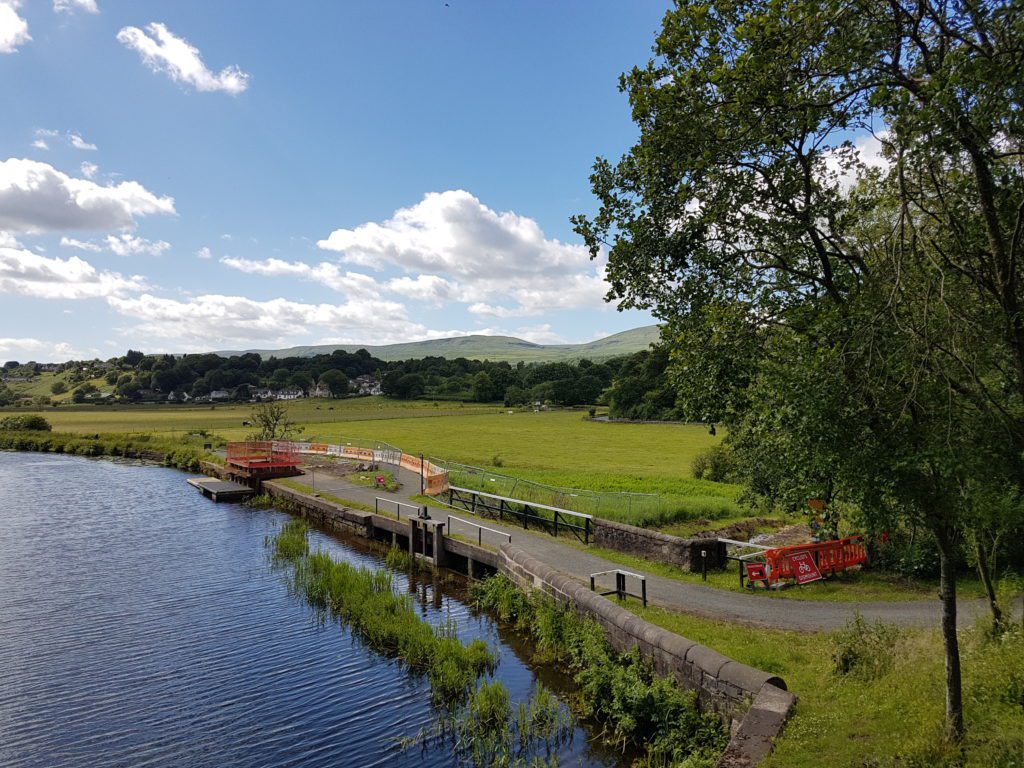 It has unlocked 110 hectares across the north of the city for investment, regeneration and development – paving the way for more than 3,000 homes.

Convenor of the awards judging panel, Ainslie McLaughlin, said, “The panel were impressed at the quality and range of entries this year, and particularly so, given the challenges of the past 18 months.  It is further testament to the remarkable resilience and adaptability of our construction sector to continue to deliver, upgrade and protect our national infrastructure for the benefit of people and communities across Scotland.

“The award of the Greatest Contribution to Scotland to the smart canals project was in recognition of the innovative approach taken by all the parties involved to develop a low-cost sustainable solution to a 21st century challenge by bringing a new and productive use to our 18th and 19th century canal system which has attracted international interest in its potential.”

Catherine Topley, CEO at Scottish Canals, commented, “We are thrilled that the Glasgow Smart Canal has been recognised in the Greatest Contribution to Scotland category of these prestigious awards. Thanks to smart technology, we are able to use a 250-year-old publicly owned heritage asset to not only help reduce the flood risk impact of climate change, but also act as a catalyst for new investment, jobs, homes and businesses in North Glasgow as well as a means of tackling health inequalities.

“The Smart Canal, which is a partnership between Scottish Canals, Scottish Water and Glasgow City Council, as well as our other winners, the iconic Bowline sustainable travel bridge at Bowling Harbour and Leamington Lift Bridge in the heart of Edinburgh, once again, show how 18th Century working heritage assets can provide 21st Century solutions to some of the most important issues of our day.”

Andy Dalrymple, MD of Mackenzie Construction, said, “We are thrilled to win the Scottish Civil Engineering Award for Greatest Contribution to Scotland in partnership with Scottish Canals for the pioneering project on Glasgow’s Smart Canal, as well as the Community Award for the Bowline project at Bowling Harbour.

“We are extremely proud of our people who worked to deliver these projects and the way our teams integrated, communicated and worked closely with our supply chain. We are also very pleased to see the Infrastructure Award being won for the Glen Malan Northern Ammunition Jetty project, which we were civil sub-contractors on. These projects have been long-term commitments and we will be proud to look back on them for many more years to come.”