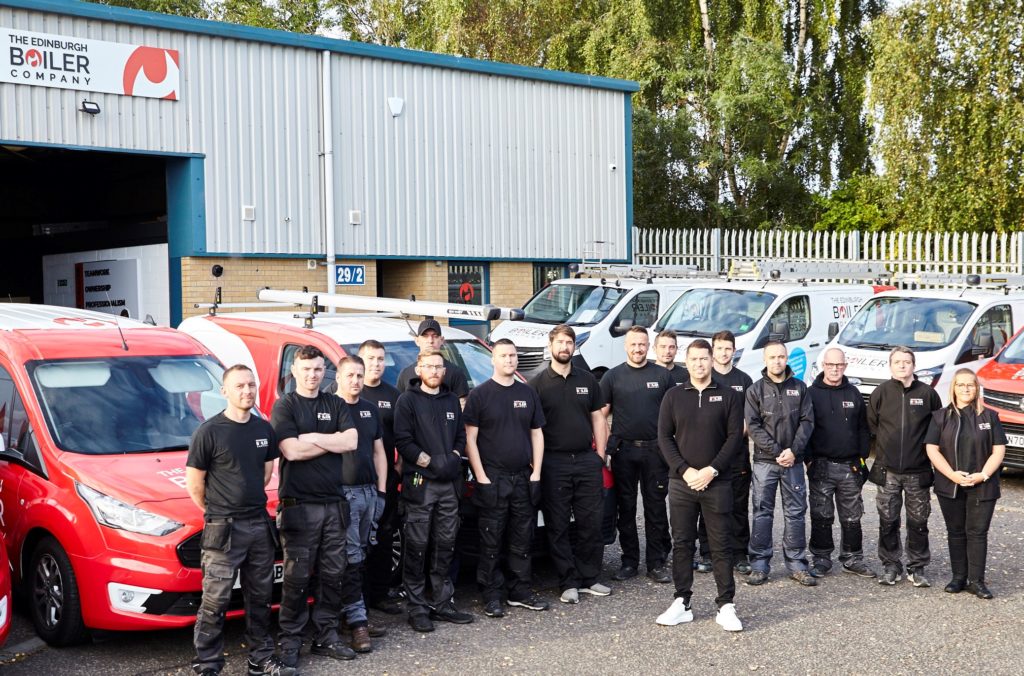 THE Edinburgh Boiler Company has opened a new headquarters in the capital following increasing demand for its services.

It said its ‘rapid’ growth in recent years prompted the expansion to the bigger base, with the new premises in Dalkeith being quadruple the size of the firm’s previous home.

Measuring at 4,000 square feet, the expansion comes at the same time as the company marks its sixth year in operation.

The new HQ will house its energy training academy, which is the first of a series of planned learning centres which the firm said it plans on establishing throughout Scotland.

Mark Glasgow, MD of The Edinburgh Boiler Company, said, “It’s been quite the journey since we started out in the autumn of 2015. We had outgrown the offices we had been in since 2018 and moving premises gives us a good foundation to expand into the other areas we are focusing on, particularly the training academy and renewables.

“We thought the original base was big enough at the time but due to our growth, we had to look at a bigger headquarters. We can now grow into this space, which is ideal for the business plan going forward. We have the scope to go up another floor which would then double the area

“It’s been a dream to have a larger facility like this and it is exciting for the business as a whole. The staff love it and are able to streamline a lot of processes which helps us further improve our customer service with increased efficiency.”

The company has grown from eight employees in 2015 to 30 full-time members of staff, and the new base has allowed a further recruitment drive to commence.

Mr Glasgow added, “We are now able to look at taking on apprentices both for the office and out in the field. We are actively recruiting at the moment and the on-site training academy will allow us to fast-track the development of not only any new staff but also our existing employees.

“The larger space will also allow us to implement inventory and stock control, helping us to do jobs more quickly such as same-day boiler installations and repairs.”