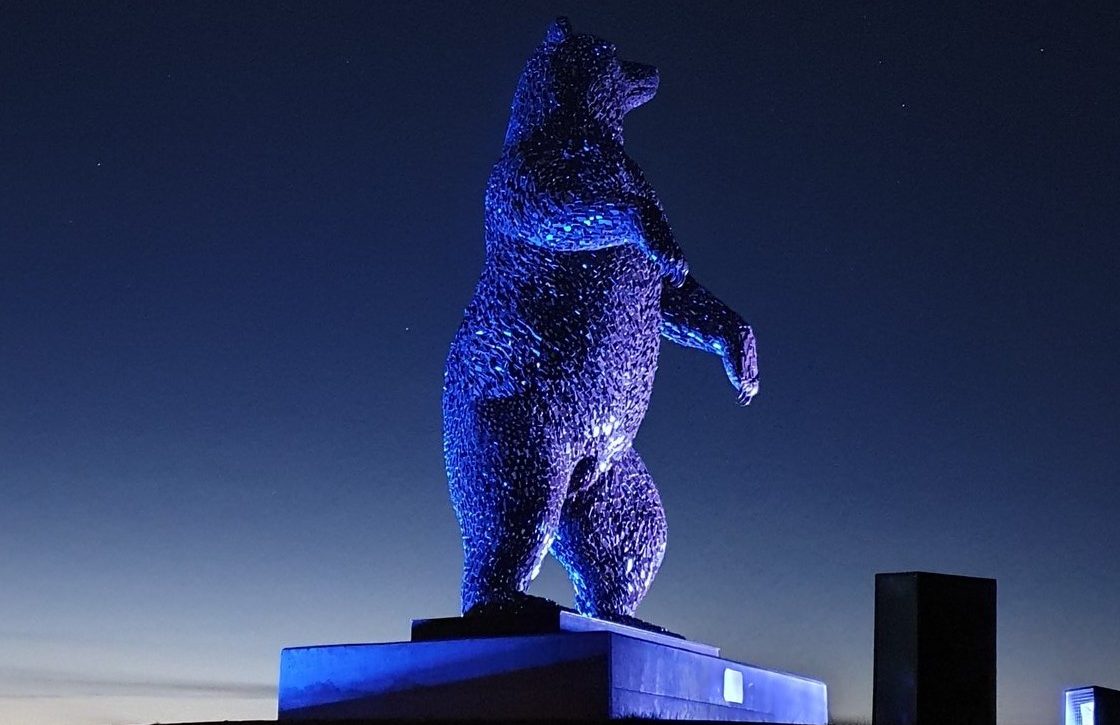 LIGHTS illuminating The DunBear will alternate between blue and white today (September 3) to commemorate the Battle of Dunbar in 1650.

The battle was fought between the English New Model Army under Oliver Cromwell, and a Scottish army commanded by David Leslie. The battle resulted in a victory for the English and was the first major battle of the 1650 invasion of Scotland, triggered by Scotland’s acceptance of Charles II as king of Britain after the beheading of his father, Charles I.

The five-metre high DunBear steel sculpture, designed by Kelpies creator Andy Scott, was erected in 2019 and is the focal point for the DunBear Park mixed-use development located beside the A1 at Dunbar.

The bear was erected as a tribute to John Muir, the Dunbar-born naturalist and conservationist. It is lit-up at various points throughout the year, including his birthday, Remembrance Day, and St Andrew’s Day.

John Muir, who emigrated to America, petitioned the president and congress to form national parks. It is because of national parks that certain species, such as the brown bear, have survived and thrived.

Ken Ross from Hallhill Developments Limited said, “Being in such a prominent position at the gateway to Dunbar, the stunning DunBear sculpture provides the perfect opportunity to commemorate key events such as the Battle of Dunbar. The DunBear has become a much-loved piece of public art, well-loved by the community and drawing visitors to the area and into Dunbar itself to find out more about John Muir, the pioneering naturalist and conservationist which it is a tribute to.

“It not only celebrates the work of one man, but also reminds us that we can each make a positive contribution to climate change and reduce global warming for future generations.”