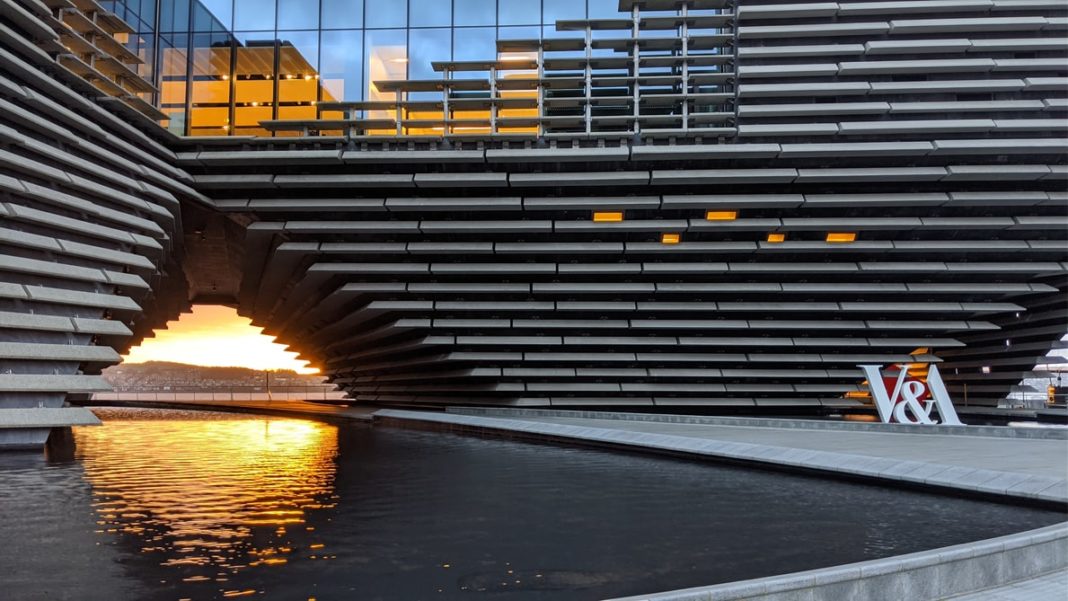 THE Tay Cities region has submitted an expression of interest (EOI) to become the 2025 UK City of Culture.

Jointly submitted by Dundee, Perth, Angus and Fife, the enquiry comes as – for the first time – groups of towns or areas can bid for the title together.

It comes following significant regeneration in the region, with facilities such as the V&A Dundee being created, as well as the planned new creation of a museum at Perth City Hall and Eden Dundee.

The UK Government will shortlist six EOIs after visits to each, with all successful applicants receiving funding of £40,000 to develop their applications.

Derry was the first UK City of Culture, followed by Hull in 2017. Hull attracted over 1.4 million visits in the immediate months after the award, with some 450 events being held.

Councillor John Alexander, leader of Dundee City Council, said, “I’m delighted that we are part of this creative and innovative regional bid to become UK City of Culture in 2025. We’ve seen here in Dundee over recent years how powerful culture can be in leading regeneration. Our collective bid is about harnessing that transformative power and helping to ensure that the Tay Cities Region achieves its full social and economic potential.

“Becoming UK City of Culture would allow us to accelerate how we tell our story to the UK and the world, to connect our diverse rural and urban communities, and to bridge the divides of inequality.”

Perth & Kinross Council leader, councillor Murray Lyle, added, “Our ambitions for the region stretch much higher and the City of Culture title would drive forward our ongoing cultural regeneration and deliver long-lasting benefits for our residents.”

Angus Council leader, councillor David Fairweather, commented, “Becoming 2025 UK City of Culture would transform the entire Tay Cities region, showcasing Tayside and North East Fife to the world as well as building upon the work of the Tay Cities Deal.”

Councillor David Ross, co-leader of Fife Council, said, “I’m delighted to support this bid. We are already working innovatively with Dundee, Perth and Kinross and Angus on the Tay Cities Regional Deal. This innovative regional bid to become the city of culture adds another dimension to these efforts and raises the profile of the whole region, which can only be good for everyone in the area.”