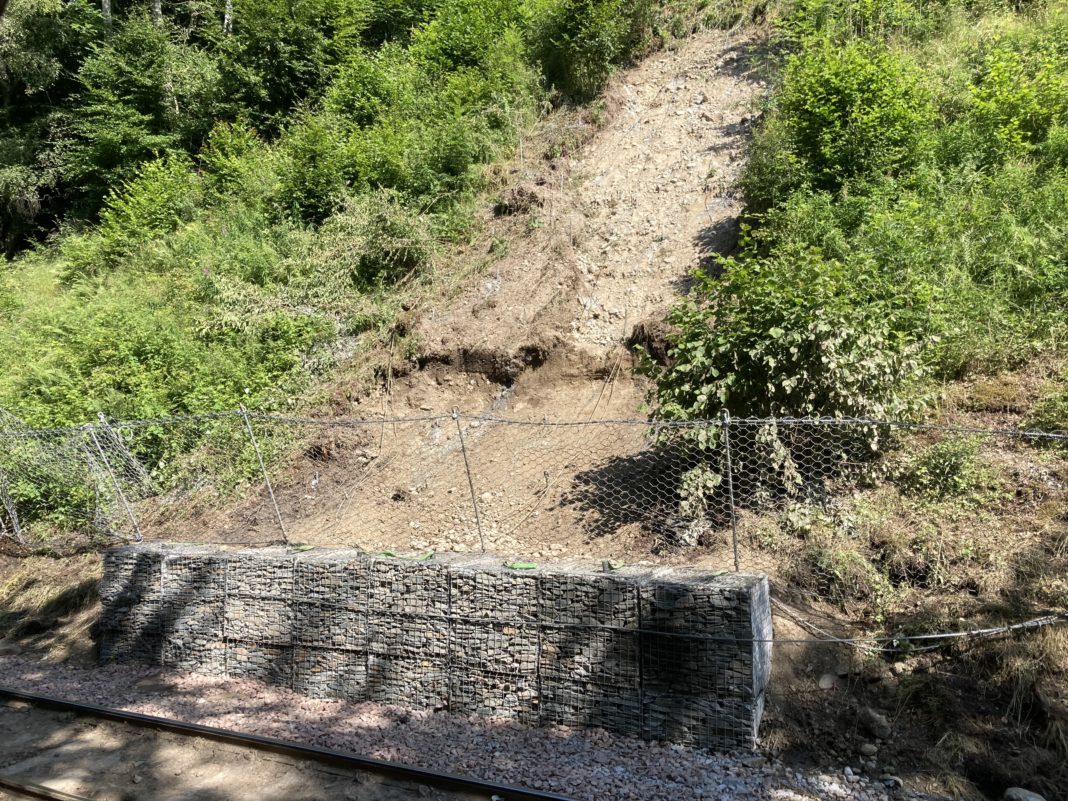 AN embankment on the Highland Main Line has been stabilised following a landslip which resulted in more than 50 tonnes of mud and vegetation landing on the track.

Network Rail said that heavy rainfall on July 11 caused water to run onto the railway from third-party land triggering the landslip. The line was closed while specialist engineers assessed the damage before clearing and reopening the track at a restricted speed on July 12.

A two-week project then took place to protect the area from future adverse weather events, with a wall of gabion baskets being positioned at the bottom of the slope to help stabilise it. Erosion netting was also laid to prevent any further washout and encourage vegetation regrowth, binding the top layer of soil together to prevent deterioration on the slope surface. A tensioned catchfence was installed on the slope prior to the landslip, with Network Rail saying it helped prevent a larger volume of material reaching the track.

With work now completed, the speed restriction has been lifted allowing services to return to normal on the Highland Mainline between Pitlochry and Blair Atholl. Network Rail said it is liaising with stakeholders to ensure that the third-party drainage issue is resolved.

Thomas Podger, Network Rail’s project manager for the works, said, “We have an extensive programme of proactive works to prevent these types of incidents from occurring, but increasingly, extreme weather events are having a significant impact on our railway. When this incident happened, our team responded quickly to initially ensure the safety of the cutting and get the railway cleared and re-opened to minimise disruption for passengers. We then followed up with additional works to stabilise and protect the cutting and improve the drainage in the area to reduce the risk from heavy rainfall in the future.”