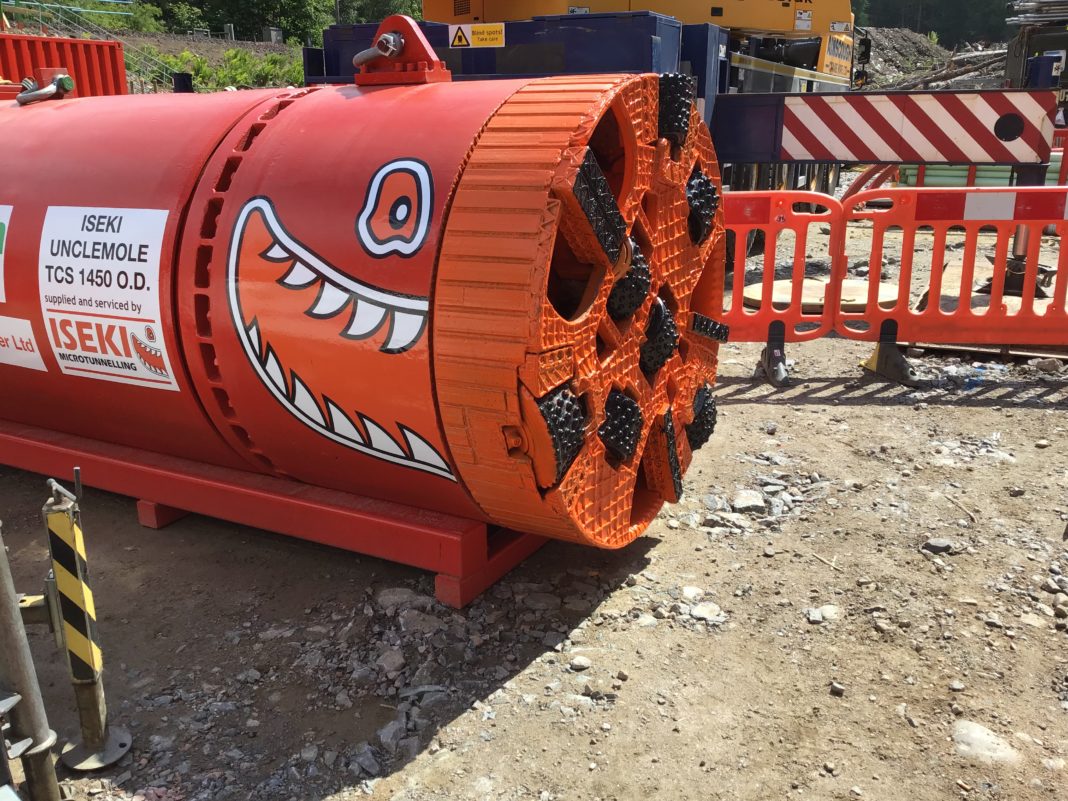 NETWORK Rail has tunnelled 33 metres under the Lynebeg railway as part of advance works for the A9 dualling between Tomatin to Moy.

It comes as the organisation works on behalf of Transport Scotland to construct a new underbridge of the railway and undertake utility services.

One of the first tasks on the project was to create an under-track crossing, which will be used to accommodate temporary utility diversions during the demolition of the existing structure, and the installation of a new wider railway bridge.

Network Rail brought in an Unclemole 1200 Tunnel boring machine for the works, which  tunnelled through a mixture of sand, gravel and rock over a period of four days.

The organisation said that the traditional method of removing track sections and excavating would have caused ‘major’ disruption on the railway line to Inverness due to depth required through the embankment. The ‘mole’ allowed the trains to continue to run whilst pipe sections were being installed, and at the same time embankment and track monitoring was being carried out.

Malcolm McGowan, Network Rail project manager on the Lynebeg bridge replacement project said, “Finding ways to carry out work on the railway in a way that minimises disruption to train services is a fundamental part of our planning process and shows how we are putting passengers first.

“By bringing in the ‘mole’ tunnel boring machine to excavate the channel under the railway and the hydraulic jacking rig to position the pipes, we could get the job done efficiently while keeping the line open to traffic.

“We are at the early stages of the project but are looking forward to sharing more details about the work and engaging with the wider community as we move forward.”

Nick Conroy, project manager for the A9 Dualling: Tomatin to Moy project, added, “Undertaking these works in advance of the main construction contract to dual the A9 between Tomatin and Moy, helps to provide more certainty to our contractors programme for the main works contract.”