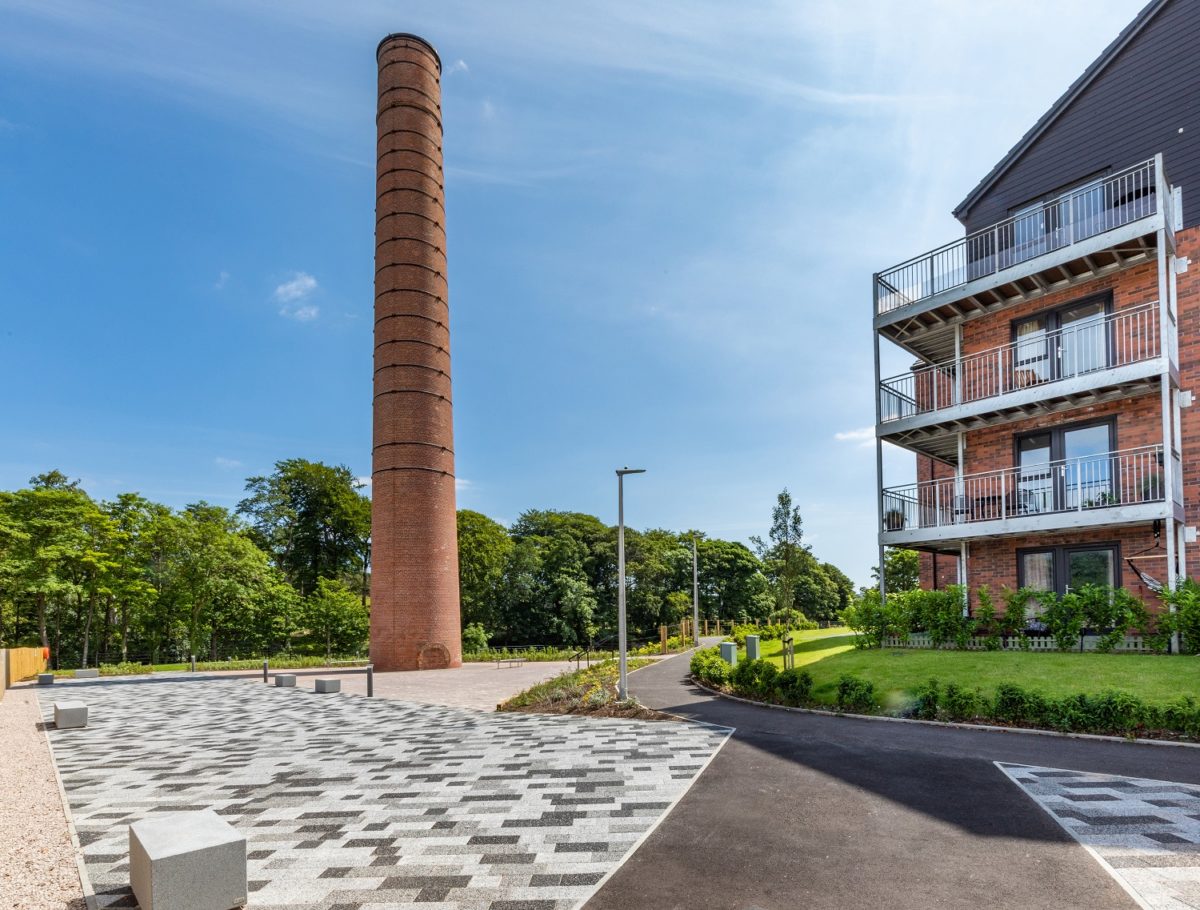 A new public space has been unveiled in Aberdeen following the completion of restoration work.

Riverside Square, located within Barratt Homes’ Riverside Quarter in the Bucksburn area of the city, centres around a 40m paper mill chimney, which has been renovated by the housebuilder.

The red brick chimney is a remnant of Davidson’s Paper Mill, once the world’s largest maker of paper bags until its closure in 2005 after 194 years in business. Barratt revealed it has paid homage to the mill throughout the development with the use of red brick on apartments and townhouses to highlight the site’s heritage.

The completion of Riverside Square – at an investment of £650,000 – provides a space to relax and take in the views of the River Don. Seating can be found along the riverbank as well as access to walks and a cycle route. As part of the wider Davidson’s Mill site regeneration, further plans for a riverfront boardwalk are in development.

Mike Cowie, sales and marketing director at Barratt North Scotland, said, “The Davidson’s Paper Mill chimney is a recognisable landmark in Aberdeen, and we were keen to bring it back to life to celebrate the site’s heritage. Our construction, design and architecture teams worked closely together to create a public square that connects Riverside Quarter with the river, while also providing a unique and striking space that retains, restores and carefully integrates the existing red brick chimney.

“Throughout its life, the mill employed several generations of Aberdeen families. We hope that Riverside Square will help retain its legacy among a new generation of families living at Riverside Quarter, while also providing a modern and beautiful place to enjoy.”