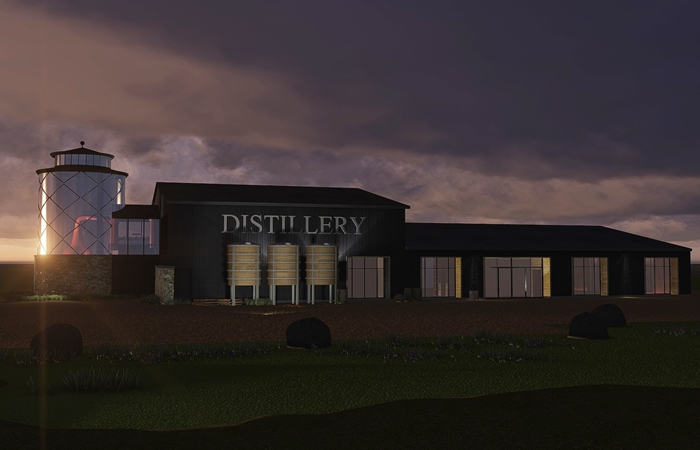 A proposed £12.5 million Outer Hebrides distillery has secured up to £1.99 million in funding from the Highlands and Islands Enterprise (HIE).

The blueprint for the distillery at Gramsdale includes pioneering and innovative low carbon technologies in the design, build and distillation process.

Launched by the Uist Distilling Company, the firm plans to produce single malt whisky, rum and gin with a ‘Hebridean flavour’. The distillery will also include a visitor centre with catering specialising in local produce.

HIE said that it is expected that many new jobs will be created both directly and indirectly by the project, including 22 full time equivalents at the distillery over the next three years – with it being hoped that production gets underway in early 2022.

Angus A MacMillan, co-owner of the Uist Distilling Company, said, “The new distillery aims to be a champion of all things Hebridean and Scottish and will provide a huge boost to tourism in the area.

“We want to produce whisky, rum and gin that will put Benbecula and the Hebrides firmly on the whisky tourist trail, while introducing the products we make to a national and international clientele.

“We are delighted with the support we have had from HIE. Having a low carbon footprint is key to our plans and we are working with industry experts to design a spirit production process which is powered by renewable energy sources. This will lower the carbon output of the distillery and ensure we are at the forefront of the whisky industry’s move away from the use of fossil fuels.”

“It will also add to the other distillery developments in the Outer Hebrides and will help establish a whisky trail through the islands, which would be attractive for visitors. This is a fantastic project that, comparing levels of population, would create the equivalent of 10,000 jobs in Glasgow. This will be a significant boost to the Outer Hebrides tourism experience.”