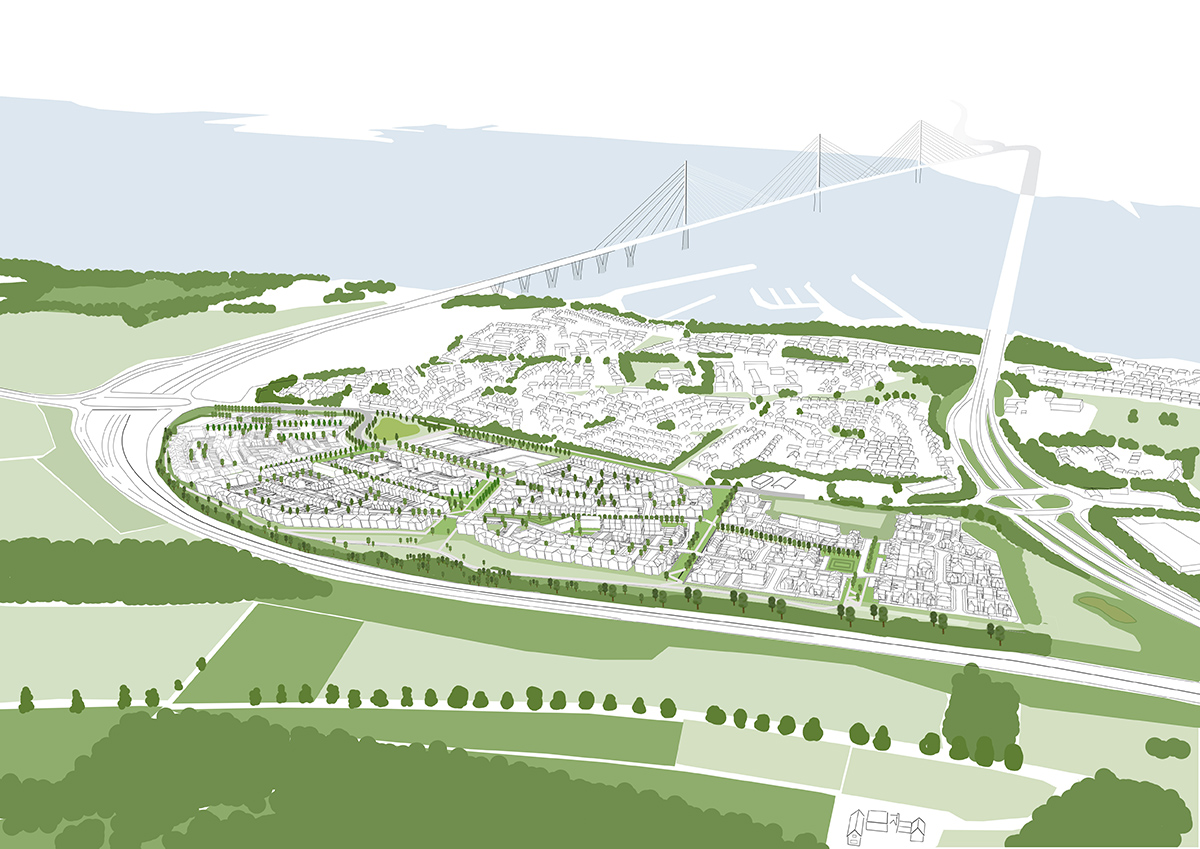 THE masterplan for a new 980-home mixed-use development between the approaches for both of the Forth road crossings has been submitted, after being ‘heavily shaped’ following local community engagement.

The proposals from CALA Homes (East) also include a new primary school, as well as provision for a care home, food store, drive-thru restaurants and petrol station, on the southern edge of Queensferry.

The development received Planning Permission in Principle on 15th June 2021. The approval is conditional upon a new masterplan, and CALA said the submission provides the additional details required for full planning approval.

In addition, CALA has submitted two further proposals, including new commercial and retail sites, as well as a care home.

Derek Lawson, strategic land director with CALA Homes (East), said, “We fully recognise that this is a significant expansion of the Queensferry community – and one that has been on the cards for many years. With that in mind, the community and in particular the QDCC has been heavily involved throughout the planning and design process. This has helped us to shape and adapt proposals for a mixed use development appropriate to the location of the site within Queensferry.”

Keith Giblett, chair of Queensferry and District Community Council, added, “We were originally critical of the previous masterplan for the site led by the former landowners. However, since CALA became involved we have seen positive progress, as they have listened to local opinion and taken this on board. If the plans are approved, we expect CALA to continue working with the community to ensure that the benefits of development are maximised locally.

“The Builyeon Road site is the culmination of sizeable housing allocated to Queensferry by City of Edinburgh Council, and we look forward to receiving clarification from the Council on how the sizeable financial contributions obtained from the various developments will be spent in our community, providing much needed improvements both diligently and timely such that the community can see the immediate benefits.”