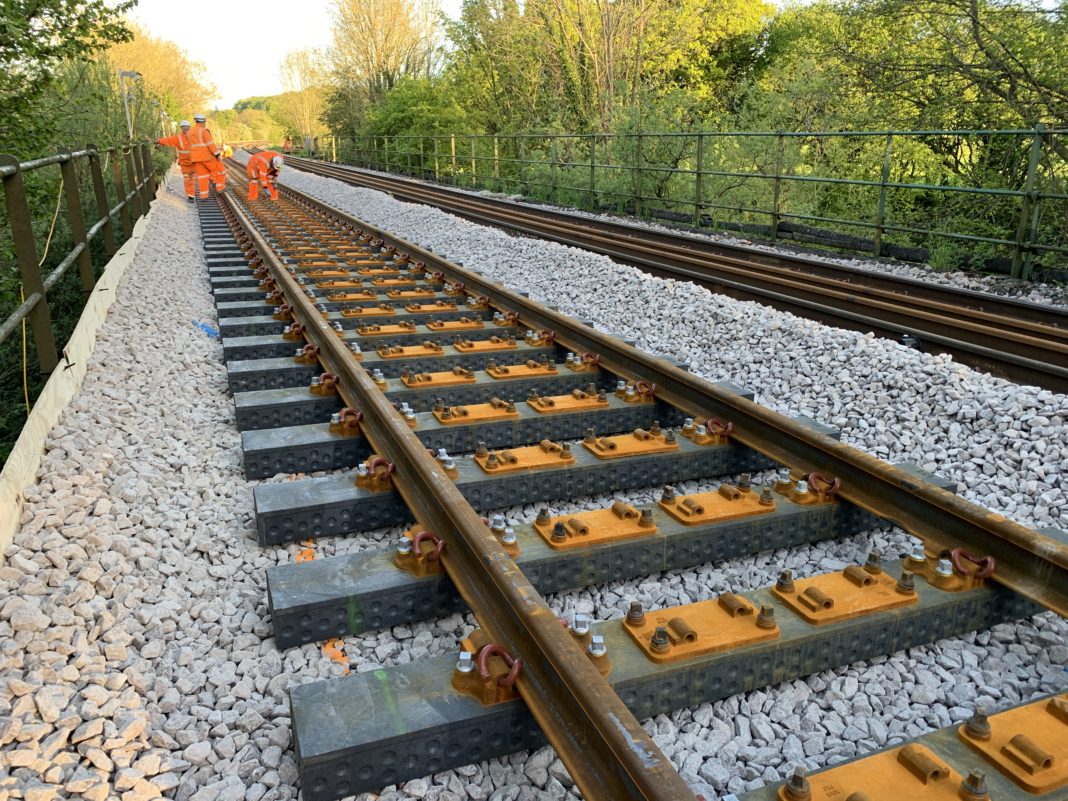 NETWORK Rail has successfully laid railway sleepers made from plastic bottles and food packaging in England.

Installed across the Sherrington Viaduct, between Salisbury and Warminster, the environmentally-friendly sleepers have acted as an alternative to concrete which would have been too heavy for the weighted structure.

Sleepers sit on the ballast and hold up the rails, whilst also keeping them the correct distance apart. From July 31, creosote-treated softwood sleepers will be banned – with the alternative being a sleeper made from hardwood. Instead, Network Rail will utilise sleepers manufactured by Sicut Ltd using a blend of locally-sourced plastic waste. 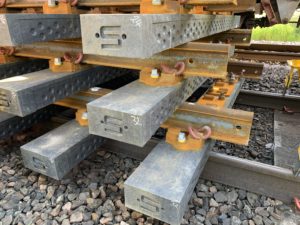 The rail organisation said that the move will help it reach its zero carbon 2050 target, whilst also offering an increased service life and reduced maintenance compared with timber sleepers – due to them not rotting, degrading and ability to resist water, oil, chemicals and fungi. Network Rail said that the plastic sleepers have a lifespan of 50 years.

UK Government rail minister Chris Heaton-Harris, said, “I am proud to see such a positive innovation being used for the first time on the mainline railway.

“Not only are these sleepers made from locally-sourced plastic waste, they need less maintenance and will last longer, underlining our commitment to create a greener, cleaner and more efficient rail network.”

Sicut’s CEO, William Mainwaring, added, “Sicut is delighted to have been selected by Network Rail as its sole supplier of composite railways sleepers and it was a great pleasure to work with the Wessex Route on the Sherrington Viaduct project.

“Having proven that our products meet the performance required of modern rail track infrastructure we look forward to working closely with every Network Rail Route and Region to deliver the commercial and environmental savings promised by our technology, while at the same time helping the UK deliver on its commitments on carbon reduction and plastic waste proliferation.”