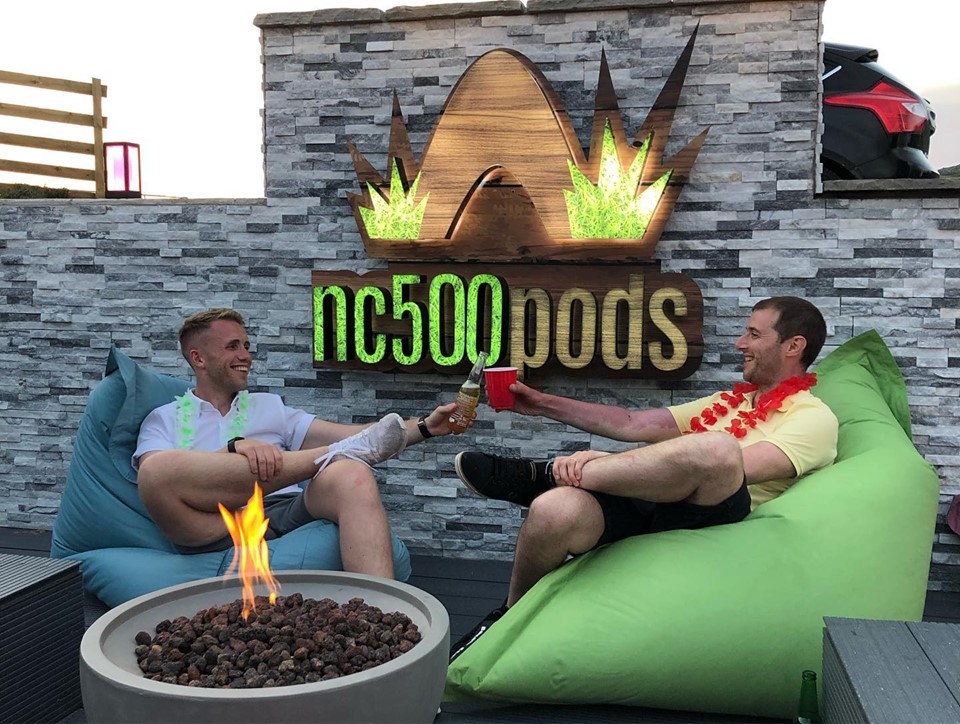 A former electrical engineer has gone from a Highland field to the deserts of the Middle East after launching Glampitect, a glamping design consultancy, less than two years ago.

The firm has helped design and launch more than 200 glamping projects across the UK and has now branched out into the Middle East. The firm recently opened its first office in Dubai and is now liaising directly with the Saudi Arabian Government, Sheikhs, and major businessmen as the holidaying trend sweeps across the region.

Despite working on projects worth up to $6 million, Glampitect has grown from humble beginnings. It was in 2017 when Calum MacLeod, co-founder of the firm, submitted plans to The Highland Council for the creation of a glamping site at a plot of land owned by his family on the North Coast 500. It had previously been earmarked for the build of a holiday home, but the finances weren’t right.

“I made the drawings and submitted it to the council as a planning application,” he told Project Scotland. “I didn’t think much of it at the time as I was only 23 and lucky if I had £200 in the bank, never mind the £200,000 that was needed to actually create the site! I still submitted, however, and got planning approved quite quickly, so I thought: ‘What do I do now?’”

It wasn’t until a conversation with Alisdair Young, a friend of his cousin, that the proposals went from fantasy to reality. Alisdair agreed to back the plans and the site went on to win Best Glamping Site in Scotland at the Scottish Outdoor and Leisure Awards. Glampitect was born – with Calum and Alisdair sharing a 50/50 split of the business.

Calum left his job just months after launching the firm in late 2019, much to the shock of his mother who thought he was mad to give up a steady engineer’s salary and pension prospects in order to design glamping sites.

Suffice to say, she doesn’t think that anymore given the enormous success the business has achieved in a short space of time.

The business, which has a head office in Edinburgh, guides clients through the entire process of launching their sites, with Glampitect handling everything from the design and securing planning permission right through to the physical creation of the sites.

“People are safe and comfortable in the knowledge that we’ve already gone through all this ourselves,” Calum explained. “We’re not selling something we have no clue about – we’ve already done it.”

While many businesses chose to scale back operations during the Covid-19 pandemic, Calum and Alisdair decided to double down on growing the firm. The company benefited from the number of Britons choosing to holiday in the UK last year due to international travel restrictions.

The rapid growth is evidence by the fact Glampitect now employs over 20 people, with Calum anticipating that number to rise to 60 by this time next year. The line-up comprises architects, sales assistants, a marketing expert, feasibility study specialists, directors and managers.

“Initially, we looked for the most qualified (people) for the job,” Calum said. “But what we’ve realised as we’ve gone along, especially with the type of business we are, is that attitude is everything – mindset is the number one thing we look for in employee.” He pointed to Ellen Lawson as an example of fitting that profile. Previously office manager, she was promoted to head of business operations in April after showcasing innovation and an ‘immense’ work ethic in her previous role.

Ellen’s promotion means that Calum and Alisdair can now focus fully on growing the business globally. The firm is targeting America, Ireland and Australia after the success in the UK and Middle East markets.

“The difference between the UK and Middle East isn’t actually luxury,” Calum said. “The difference is the scale. In the UK, we’re dealing with people who want four units rising to six once things go well, whereas out here they’ll say: ‘We want to start with 50 and go on to be at 100 in a year.’”

Calum anticipates similar scale projects to be launching in the UK in the near future, with the firm currently in discussions with major names.