Home News Aberdeen Market set to be purchased by council as part of Covid-19... 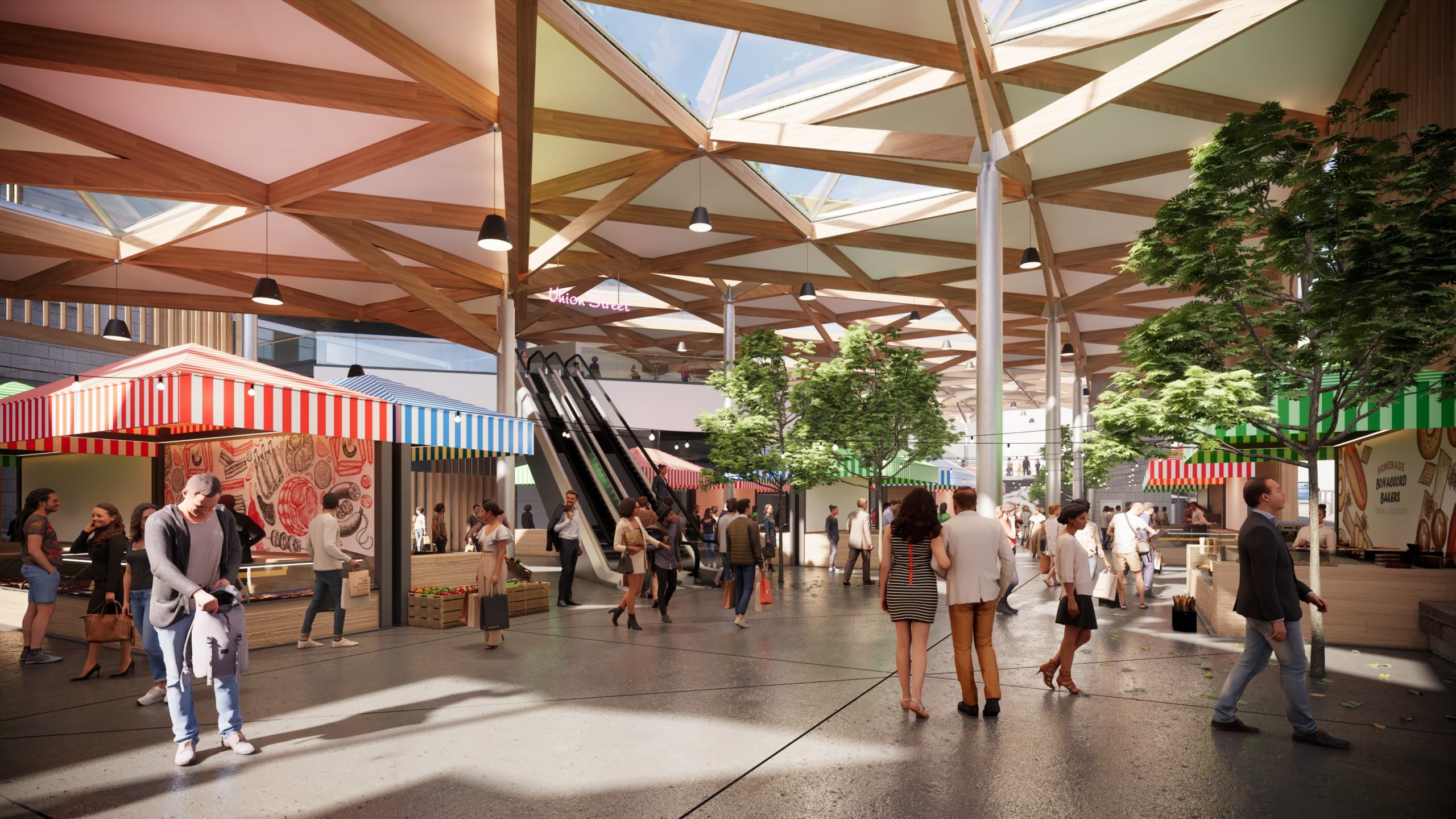 THE former Aberdeen Market and BHS building are set to be taken into public ownership as part of the Aberdeen recovery from Covid-19.

It comes after Aberdeen City Council officers were given the instruction to proceed with the purchase of the city centre sites, with the creation of a ‘destination venue’ featuring food, drink and leisure outlets being targeted.

The project would see the existing Aberdeen Market building demolished and redeveloped to create a more ‘attractive-style’ market. The design proposals show a mixture of fixed units of various sizes alongside space for pop-up facilities. 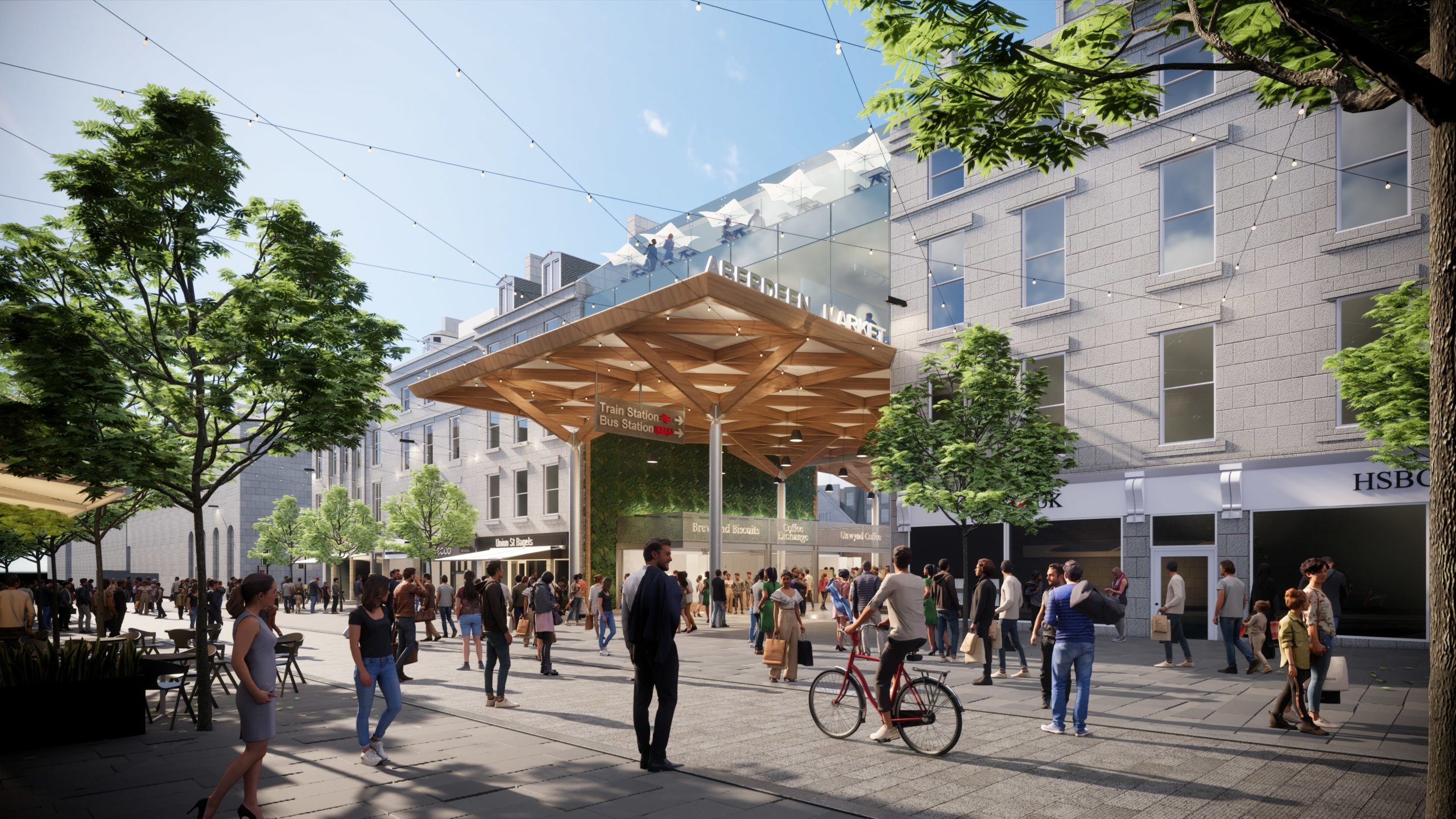 In addition to this, the council also detailed its intentions that the space around the redevelopment be utilised to provide attractive outdoor spaces that enhance and integrate with proposed urban realm improvements – creating a link between the Green and Union Street.

It added that the public realm improvements will include links and coordination with current proposals for the infrastructure and street scape works of Union Street (from Market Street to Bridge Street), with the Market Building acting as a focal point and exchange for people moving between districts. 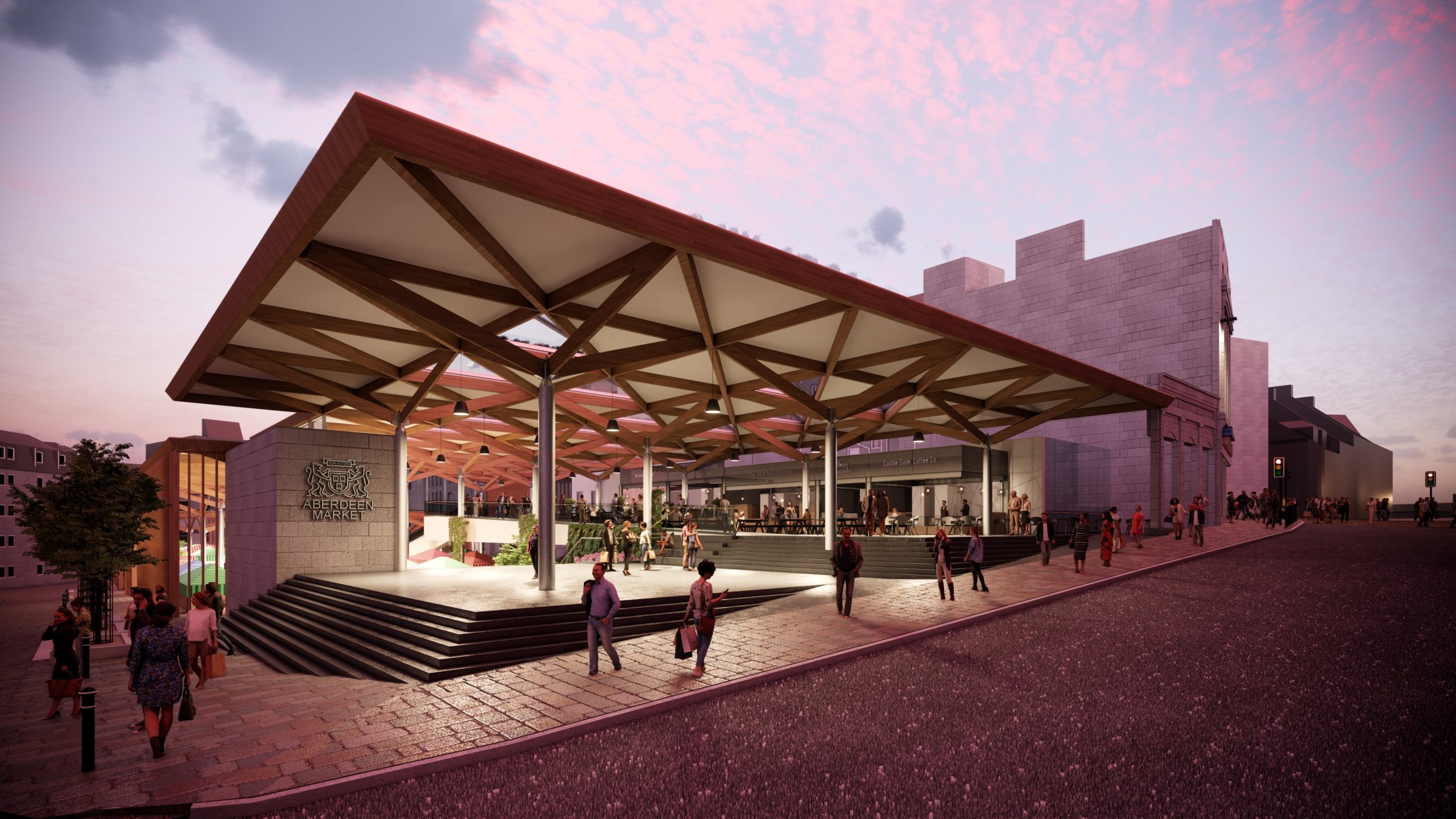 Aberdeen City Council city growth and resources committee convener, councillor Douglas Lumsden, said, “The purchase and redevelopment of Aberdeen Market and former BHS retail unit combined with associated public realm works on Union Street and to the south would bring transformational change to the heart of the city centre.

“It is an exciting opportunity to breathe new life into our city centre and would also help our hospitality industry which has suffered in the last 13 months due to the restrictions caused by Covid-19.

“I welcome the report to committee and also the positive reaction the proposed redevelopment of The Market has had with the public, the business sector, and other key stakeholders in the city.”