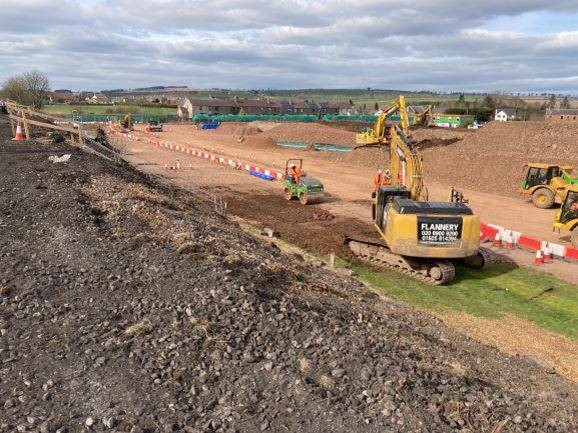 WORK is underway on the build of the new Reston Station in the Scottish Borders, which will see trains return to the village for the first time in half a century.

The project will involve the build of a two-platform station on the East Coast mainline, with 70 car parking spaces and a new access road to the station. The station itself will be fully accessible with lifts and a footbridge connecting both platforms.

Network Rail said that work from now until the end of June will see the creation of embankments, the commencement of the build of the platforms, drainage built on the new access road and piling to support the installation of new signalling and overhead line equipment. 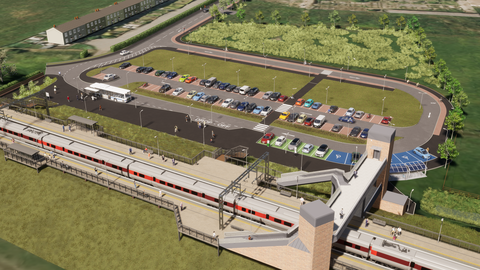 Michael Matheson, cabinet secretary for transport, infrastructure and connectivity, said, “It is fantastic to see work to build the new station at Reston getting underway. It is another step towards creating new travel opportunities for Reston and the surrounding Borders area.

“The Scottish Government is committed to delivering this scheme, estimated around £20 million, which will have real potential to deliver a number of benefits for the local communities and also help towards our green recovery from the Covid-19 pandemic.”

Alex Hynes, managing director of Scotland’s railway, added, “It is great to see work on Reston station getting underway as we are committed to working alongside the Scottish Government to open up our railway to as many communities as possible across Scotland.

“This station will create new social and economic opportunities for people in Reston and the surrounding communities and we will work hard to deliver the new facility for the area as quickly as possible.

“It is an exciting development that has the potential to transform life for local people and the communities it will serve.”

Councillor Gordon Edgar, Scottish Borders Council’s executive member for infrastructure, transport and travel, said, “The council has provided over £2.3m towards the cost of this project, which will deliver significant benefits to the Berwickshire community, providing easy local access to the east coast mainline services which will in turn make this area more attractive for inward investment and housing growth, which will both support local communities and the economy.

“I look forward to seeing the works progress rapidly.”