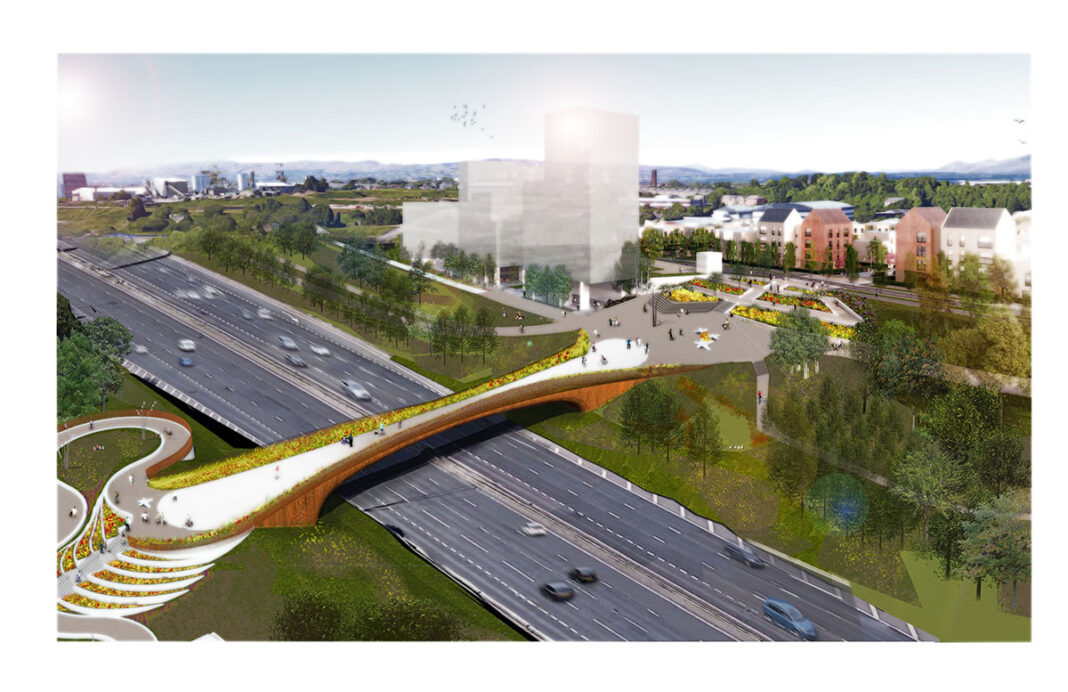 A major milestone has been reached in the £250 million regeneration of Sighthill with the final section of steel that will be used to construct the new cyclist and pedestrian bridge over the M8 being delivered to Glasgow.

The bridge will reconnect Sighthill to the city centre. In total, 18 sections of steel have been transported along the motorway and lifted into a temporary position for further fabrication.

Glasgow City Council revealed that, over the next three months, the steel sections will be welded together to form the new bridge, which is funded by the Scottish and UK Governments through the Glasgow City Region City Deal.

With an overall span of 58 metres and weighing 2,420 tonnes, the bridge will be fabricated on-site and then ‘driven’ down the M8 before being lifted into position by hydraulic jacks.

The work is being delivered by BAM Nuttall. Dougie Grant, BAM Nuttall divisional director, said, “Now that the steel sections have arrived you can get a sense of how unique this bridge will be – it will be like no other bridge on the M8.”

Councillor Susan Aitken, leader of Glasgow City Council and chair of the Glasgow City Region, said, “This new bridge will act as a gateway between Sighthill and Glasgow city centre, and is very much a striking symbol of the reconnection of both and the transformation of Sighthill. This next step in the project underlines the importance of this bridge, which will bring significant economic, environmental and social benefits to not only the reconnected Sighthill and city centre, but North Glasgow as a whole.”