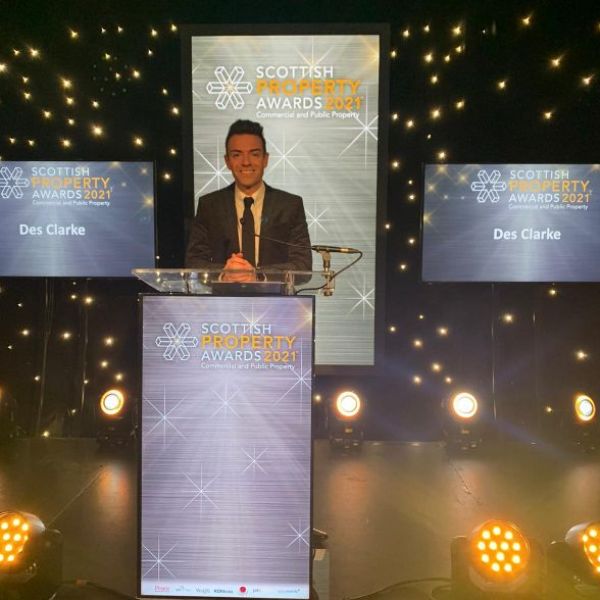 THE achievements of Scotland’s property sector in the face of Covid-19 challenges have been celebrated at a digital awards ceremony.

The 8th annual Scottish Property Awards, broadcast live from Glasgow to over 300 registered users, highlighted the best new projects across the country.

The top award went to Edinburgh-based Qmile Group, which has been progressing work on its £350 million Haymarket Edinburgh development. Baillie Gifford had agreed a pre-let of 280,000 sq ft of the office accommodation.

The Business Leadership Award was presented to Dan Macdonald, co-founder of Macdonald Estates. He was commended for his work developing major regeneration projects and for his personal efforts to improve understanding of the economic impact of commercial property in Scotland. He created the Scottish Property Development Forum 12 years ago which led to the creation of the Scottish Property Federation.

The Outstanding Achievement Award went to the NHS Louisa Jordan Hospital development team. The £38 million project, led by Balfour Beatty, resulted in the delivery of a temporary facility under pressured timescales in response to the pandemic. The new Elgin and Appin Ward at Stobhill Mental Health Estate won Healthcare Development of the Year.

The Deal of the Year category was won by the deal team which secured Baillie Gifford at The Haymarket.

The 2021 Winners in Full were as follows:

Property Company of the Year , sponsored by Wolffe: Qmile  Group

Financial Support Team of the Year : The Royal Bank of Scotland