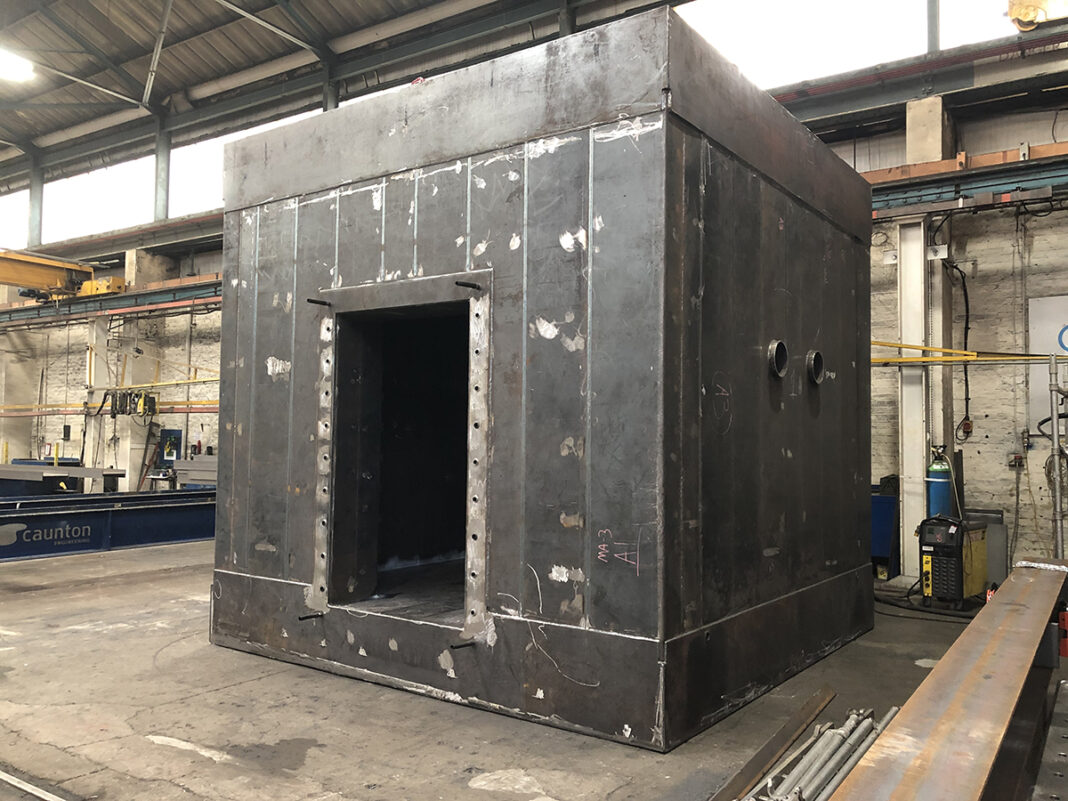 A steel construction system developed by a firm in Renfrewshire has been tipped to ‘dominate’ the global nuclear Small Modular Reactor (SMR) market following the delivery of a blast chamber contract with a leading US university.

The Steel Bricks modular construction system, developed by Modular Walling Systems, has been used to construct an environmental blast chamber for the University of Illinois at Urbana-Champaign. Known as a ‘blast box’, the three metre cubed chamber is now being used for explosives testing as part of a research programme on warhead technologies for the US Department of Defense.

The University of Illinois blast box uses the patented Steel Bricks modular construction system, which comprises two steel face plates connected to create a ‘sandwich’ panel. The steel structure is then manufactured offsite as a single piece, before being filled with 72t of self-consolidating concrete in a continuous pour once installed.

Dr Stewart Gallocher, founding director of Modular Walling Systems, believes it is this proprietary process which gives the blast box its strength and makes it so suited to SMR construction.

He said, “The Steel Bricks system, with trademark diaphragm holes running through the webs, has been assembled in such a way that the concrete is poured through holes in the roof, flowing down the walls and filling the base mat before coming back up the walls and lining the ceiling – all in one continuous pour.

“This is a ‘first of a kind’ concept in the fast-emerging world of steel composite construction and proves that the Steel Bricks system can provide not only the walls and suspended floors or roofs in steel composite but most importantly a base mat. This takes away the need for conventional foundations, eliminating the traditional Achilles Heel of this form of construction which are the weak points of the base mat to wall connection.

“Many attempts have been made during the past 25 years to devise simple, safe and rapid fabrication methods to internally connect steel faceplates. But most have lacked commercial application due to being too expensive and labour intensive. We have now proved we can successfully deliver a solution which is technologically proficient whilst providing significant cost and time saving benefits.”

The environmental blast chamber was fabricated in the UK by Caunton Engineering before being shipped to the University of Illinois.