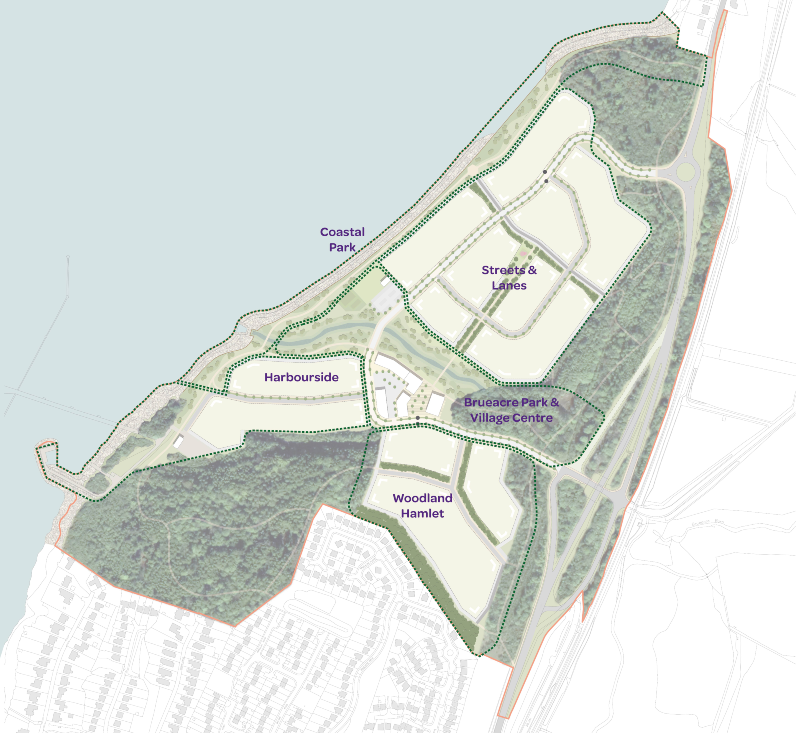 PLANS have been launched for the build of 650 new homes at the site of a former power station in Inverkip.

Turley submitted the proposals to Inverclyde Council on behalf of Scottish Power. Wider plans for the 100 acre site, to be known as Blueacre Village, also feature a village centre with retail, community facilities, and a public park with foot and cycle paths.

The planned programme of works also proposes upgrading the existing road network, including a new roundabout on the A78, which Turley said will form the main access to the site, and an upgraded junction at Inverkip North/Kip Marina.

Alan Aitkenhead, head of estates at Scottish Power, said, “A huge amount of effort has gone into getting these plans finalised for submission to the council and our thanks go to everyone involved, including local people who took the time to let us know what they thought during our public consultation events.

“This is an exciting development opportunity that will support the regeneration and transformation of an extensive unused site, while removing a former fossil fuel asset from our property portfolio. We look forward to seeing the proposals progress through the planning process and a determination being made in due course.”