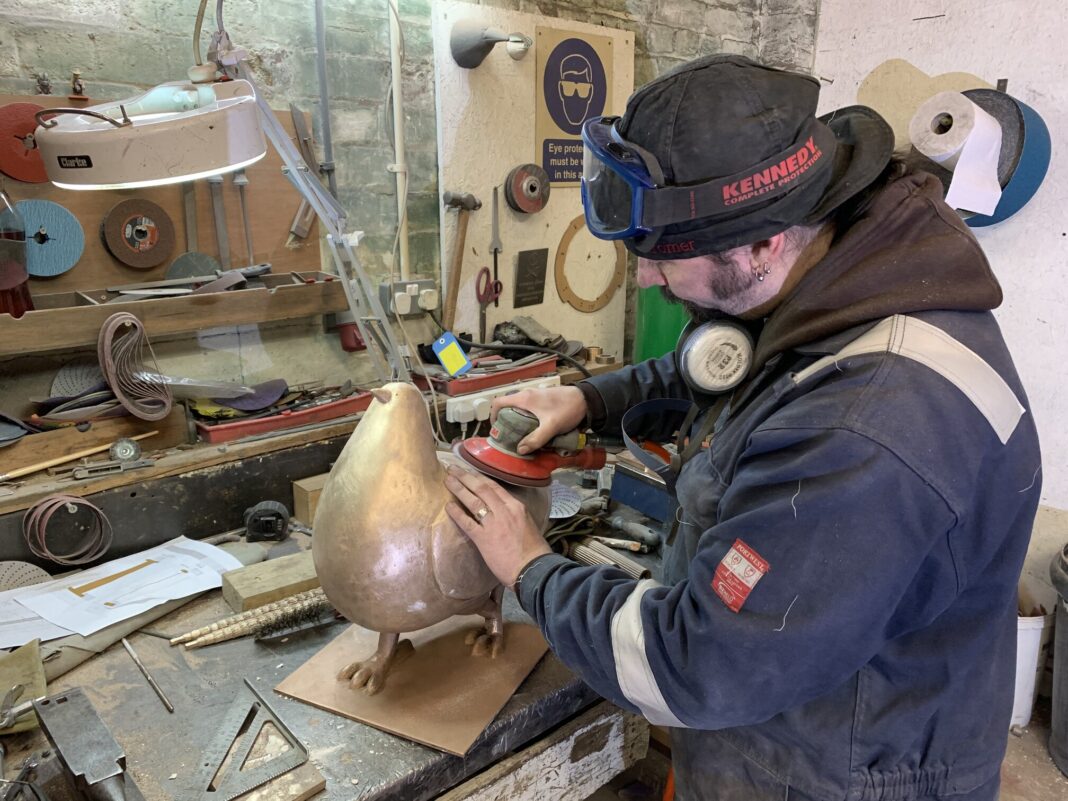 EDINBURGH’S Elm Row pigeons are to be returned to Leith Walk as part of the capital’s trams to Newhaven project.

The public artworks, created by sculptor Shona Kinloch, were removed during the original tram project back in 2006. The seven bronze birds are now being refurbished or completely recast ahead of their return.

Specialists from Powderhall Bronze have been renovating, sandblasting and applying ‘patina’, which creates a green colouring, to the existing statues, as well as casting three brand new pigeons.

The City of Edinburgh Council said that it intends to restore the pigeons on Elm Row in the summer, alongside the London Road Clock – which is being refurbished by clockmaker Smiths of Derby.

The local authority added that the overall trams to Newhaven project is continuing to progress on schedule, with track-laying on sections of Leith Walk, Constitution Street and Ocean Terminal currently underway.

Councillor Lesley Macinnes, transport and environment convener at the City of Edinburgh Council, said, “These pigeons are a little piece of Leith Walk history, so I’m delighted that they’ll soon be back in their rightful home as part of the Trams to Newhaven project.

“Construction work is continuing apace on the tram line, with tracks being laid along the route. Now, as we begin to welcome some of Leith Walk’s public art back into place, we’re starting to build a picture of what the area will look like once this major project is complete.”